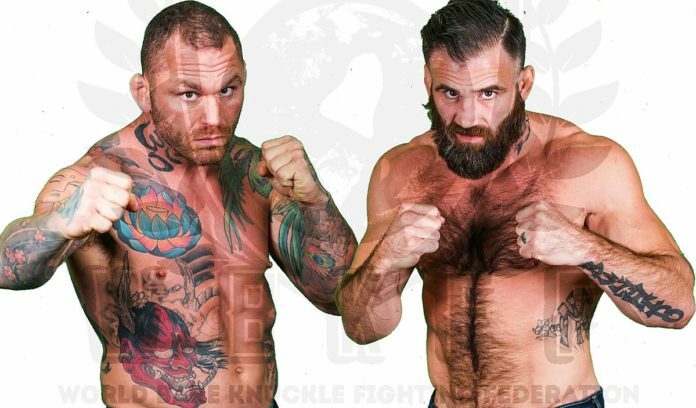 Ironically enough, this year has seen a resurgence of the type of pure striking-oriented combat the sport began with decades ago. As bare-knuckle boxing events have become very prominent in the combat sports world this past year.

WBKFF 1: Rise of the Titans will be headlined by name veterans in the form of Chris “The Crippler” Leben and “The New York Bad Ass” Phil Baroni. In the co-main event, former UFC Welterweight Champion, Johny Hendricks, faces Dakota Cochrane.

The card will also feature the start of a WBKFF Lightweight Tournament featuring names like Estevan Payan, Robbie Peralta, and Mike Bronzoulis. The winner of the aforementioned tournament will receive $100,000. Also on the show, Josh Neer, Marcelo Alfaya, and more.

Update: Payan ruled unfit to fight. His opponent, Mike Bronzoulis, will move on to the next round of the tournament.