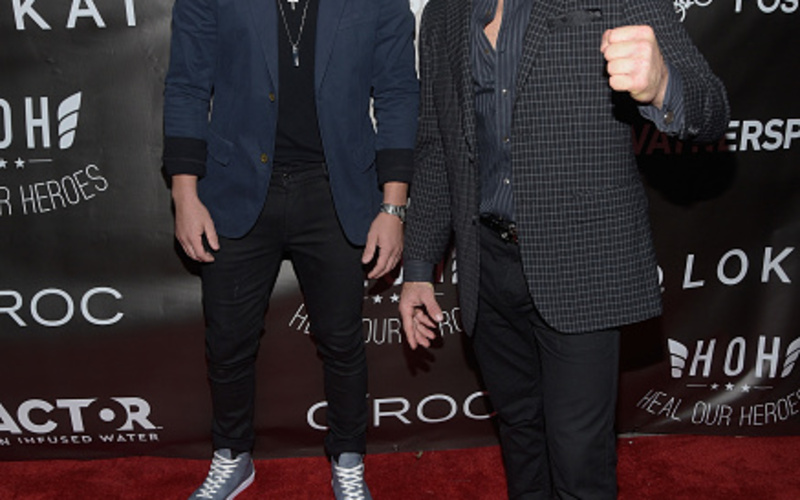 Agazarm, a native of South Florida, is a noted jiu-jitsu competitor. During his college years, Agazarm wrestled at the Ohio State University, a wrestling powerhouse.

In that sense, Agazarm combines a world-class, black belt level jiu-jitsu game with a fundamentally solid wrestling base. Agazarm’s tenacity and gritty style have won over fans of jiu-jitsu, and his explosive game is always exciting.

Additionally, he placed second at the 2017 ADCC tournament, arguably the sport’s ultimate no-gi proving ground. The Gracie Barra product has also competed in a slew of super fights in various promotions, many of which have been against top-level competition.

For example, he dropped a referee’s decision to former UFC champion, Benson Henderson, in a fiery matchup at Polaris 6. The match was one of the most exciting of the year, an award earned in part by the double-leg takedown seen ’round the world. (Tip: go to 8:20 in the video for the takedown).

While his record in jiu-jitsu might not be the prettiest (114-69, per BJJ Heroes), Agazarm is a must-watch competitor. He is routinely one of the most game jiu-jitsu practitioners in the sport, and his capacities to grind out and pressure opponents are virtually unmatched.

Agazarm may be officially transitioning to MMA now, but the signs have been evident for some time. He has frequently been training at the Wild Card Boxing Club, a gym run by legendary boxing trainer, Freddie Roach.

Agazarm’s relationship with the Diaz brothers, in particular, stands out in regards to his MMA debut. The jiu-jitsu standout has long been training with the Diaz’s, frequently posting photos, and even play-fighting videos, with them.

In September, Agazarm hinted at signing with Bellator, posting a photo next to Bellator president, Scott Coker, and Bellator’s vice president of talent relations, Rich Chou.

.@TheFloridaBoy says that he had offers from every major #MMA promotion but he chose to sign with @BellatorMMA because they’re revolutionary. Calls Bellator the @FortniteGame of the MMA world. #HelwaniShow @arielhelwani

In addition to his athletic abilities, Agazarm has been quick to jaw at his opponents… before, during, and after their competitions. He has often composed poems insulting his opponents. Take, for instance, this poem intended for ADCC champion, Gordon Ryan.

One matchup for Agazarm that stands out as he transitions into Bellator MMA is a tilt with fellow jiu-jitsu standout, Dillon Danis. It is important to note that Agazarm has competed at lighter weight classes than Danis in the past, so that could be an obstacle in making this fight.

Danis, a teammate of Conor McGregor‘s, has many parallels with Agazarm. Both are world-class grapplers, both are new to MMA, and both have reputations for brash, boisterous trash talk.

Additionally, Danis and Agazarm have faced off in jiu-jitsu twice before. Danis defeated Agazarm via points (10-0) at the IBJJF Atlanta Spring Open and again, the next time via points, at Submission Underground 3.

A fight with Danis could make all the sense in the world. It is the most feasible high-profile matchup to be made for either fighter, it possesses the undertones of the McGregor/Diaz rivalry, and would be an incredible showcase of grappling.

.@TheFloridaBoy says that @dillondanis has no true BJJ credentials. Says Danis was “plucked out of obscurity to be a part of @TheNotoriousMMA’s entourage”. #HelwaniShow @arielhelwani

In any case, Agazarm’s signing further demonstrates Bellator’s willingness to add specialists to their ever-growing stable of prospects.

Whoever he faces in his debut, Agazarm has instantly become one of the best grapplers in mixed martial arts.