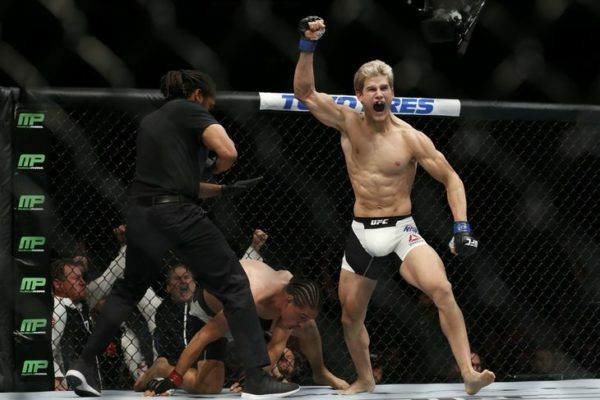 The UFC has been the benchmark for all professional mixed martial artists for the last two decades. Every athlete who dedicated their life to fighting has, at one point, dreamt of competing within the Octagon. From being sold for 4.2 billion dollars to William Morris Endeavor, to now having an evaluation of 7 billion dollars after a blockbuster ESPN deal – it seems the UFC’s business moves have been key to their success.

So how does it make sense, from an entertainment perspective that the UFC has recently just cut some of their star fighters?

Let us remember that a single fighter has the potential to pull in record-breaking Pay-Per-View purchases by themselves. Examples: Ronda Rousey, Jon Jones, Georges St- Pierre and most notably, Conor McGregor. What do these fighters have in common? All former champions, have a tremendous following and have great microphone skills. Then why did Demetrious Johnson and Eddie Alvarez get the axe?

Because the UFC is smart.

At the end of the day, the UFC is a business in the entertainment industry.

He meets all the criteria listed above for what makes a fighter incredibly marketable. “Mighty Mouse” even has a following in the gaming industry from his successful Twitch streams. The answer: Numbers.

A star such as Johnson who, without taking into question how capable he is as a mixed martial artist comes with a price. Let’s look at DJ’s last two appearances with their PPV buys and his disclosed payout. Let’s also assume all of these were purchased at the HD rate of $64.99.

These numbers don’t even consider the taxes – so the percentage going to DJ is assumed much higher than what is calculated.

This was just too much for the UFC

This is a business. I’ve said it once and I will say it again. The UFC is a business and it needs to make strict business decisions. Paying one of your fighters an approximated 5 percent after the gross taxes is just not viable.

This leads to the more cuts that the UFC made in the past year. Gegard Mousasi, Rory MacDonald, and now Sage Northcutt. They simply cost too much and can be replaced.

These are incredibly talented fighters. But the UFC is focused on the future. With new, younger talent being recruited from Dana White’s Contender Series, or even neighboring organizations such as LFA – the UFC is confident they can replace them.

Do not be surprised to see further established fighters see the axe. This is just the beginning of a long-overdue process of cleaning out their older fighters. Dana White and the management team are now all-in on the future of the UFC. This includes streaming more events, recruiting younger talents, and potentially even partnerships with new venture capitalists.

This is a win-win for everyone involved.

This will be brief. The UFC in one move is not only helping themselves financially but are also helping every organization in the MMA business.

The talent that the UFC no longer wants now can go to free agency and explore new organizations. This leads to fighters re-negotiating their worth and the organization spoken of has the chance of signing a top-level talent to raise their own stock. Examples: Mousasi to Bellator – Eddie & DJ to ONE Championship

Additionally, the UFC can further explore their own roster and find new superstars, itching for a chance at the big stage. Examples: Maycee Barber – Israel Adesanya – Sean O’Malley.

For UFC only fans, yes, this may be a hit. But for MMA fan’s this is potentially a path to raise awareness for sport globally.