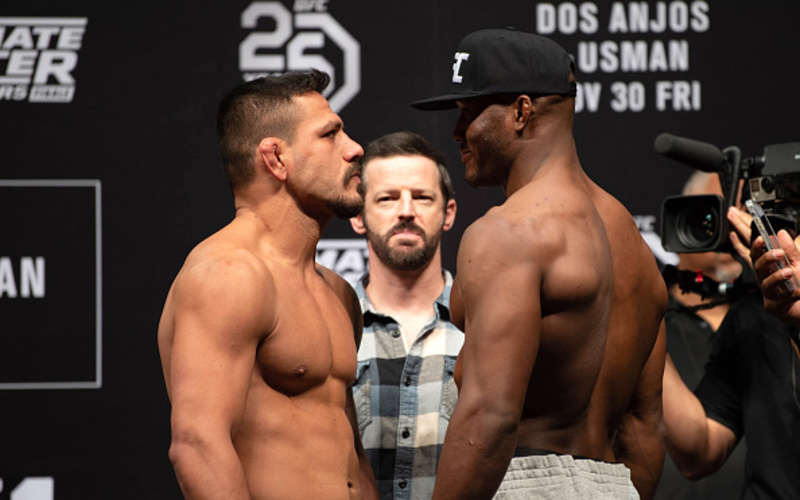 After yet another season of The Ultimate Fighter, the TUF 28 Finale is upon us. Live from Las Vegas, Nevada, the main event will feature an important fight at welterweight. Top contenders, Rafael dos Anjos and Kamaru Usman will face each other in a fight that could potentially produce the next title challenger. Usman is riding a 12-fight win streak and looks to earn himself a title shot with a win over the former lightweight champion. Dos Anjos will look to put the interim title loss to Colby Covington behind him and prove he is still one of the best at 170.

Kicking off the main card will be the debut of Antonina Shevchenko as she faces Ji Yeon Kim. The second fight on the main card will see a middleweight fight between Darren Stewart and Edmen Shahbazyan. Finally, the third fight will feature a bantamweight contest between Pedro Munhoz and Bryan Caraway.

Follow along with MMASucka as we provide you with the results throughout the TUF 28 Finale.