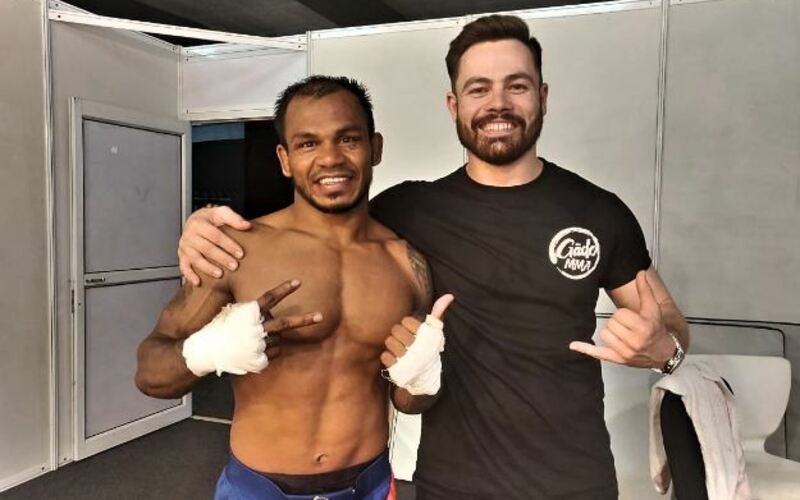 Brave Combat Federation will enter the Indian city of Hyderabad this weekend with a massive fight card featuring some of the top Indian talents. This is the second time the Bahraini MMA promotion is setting foot in India. Brave 20 features two top Indian fighters fighting against two of the biggest names in Jordanian MMA. But the man of the moment in the Indian camp is BJJ wizard Lachlan Conway, who has been stationed in the Indian metropolis of Bangalore for the past few years teaching young Indians the science of Arte Suave.

I caught up with this “part Australian part Indian” fighter and trainer to speak about the undefeated Indian prospect Kantharaj Aghasa and the Indian camp’s preparedness at large ahead of the biggest global MMA event of the Indian subcontinent.

Here are the excerpts of our conversation:

You are one of the biggest names in India’s MMA & BJJ circle now. How did you end up in India? And please tell our readers about your martial arts experience in Australia.

“First off thank you for saying I’m one of the biggest names in the MMA & BJJ circle. I always love having my ego fed. I came to India a few times as a tourist when I was in university and loved it here.

I came here as a coach initially for six months just as an adventure. That was over two years ago now. I’ve been training BJJ for around ten years now, all the time competing. I train out of Adelaide Jiu-Jitsu Academy and M16 MMA while I’m in Australia. My coach is Kane Gehling, I owe a lot of what I know now about BJJ and having a competition mindset to him. He is one of Australia’s best black belt competitors and an absolutely amazing coach.”

You will be cornering the undefeated Indian MMA star Kantharaj Agasa this week at Brave. How big is the pressure and how prepared is the team to face the Jordanians?

“As you probably know Kantha is an absolute beast. He is one of the most hard-working athletes I know.

Apart from his wrestling background, he has been doing a lot of work on his boxing. The thing about Kantha is that he is always prepared. There is no secret to his success either, he simply trains two times a day in different martial arts and works on his conditioning.

I love seeing Kantha in action, it’s also a pleasure to watch him fight as he is the first person I ever graded in BJJ.”

“Nelson recently came down to Gādo to work with me and my team on his ground game. He is a quick learner and smart fighter. Nelson has his own gym in Goa that he operates, Strikers MMA.

The last-minute replacement aspect isn’t a problem for Nelson, he is someone who is always in fighting shape. Probably because he is from Goa and wants to walk around the beaches shirtless all the time and show off his abs haha.”

Are these Indian MMA stars ready to face team Jordans BJJ? Can you tell us a bit about the ground game strategy for this event?

“Yeah definitely. India can totally bring the heat to team Jordan. The ground game strategy I have for each fighter in MMA depends mainly on what the fighters style is.

If I’m working with a striker it is mainly defensive, getting back to their feet etc. If they are a grappler it’s simply consistently training to be a submission powerhouse.

I think that you have to individualize fighters training to what works for them.”

You have been a significant presence in the BJJ community of this subcontinent for the past few years. As a person who has been exposed to world-class MMA & BJJ scenes in Australia, how do you rate the BJJ scene in this part of the world? What are the shortcomings and how can we improve it?

“There is no denying that India is behind the rest of the world when it comes to BJJ, to say otherwise would be silly. What is important however is how that is changing.

We are now seeing an era of coaches with real grappling credentials coming through who compete internationally themselves and win.

You’ve got great guys like Sid from Cross-train and his team in Delhi, he just won the ADCC Taiwan event. Jitendra from Evolution going to Singapore and Bangkok winning in Dumao and the Bangkok open. Rohit from IJJ recently dominated at Dumao in Singapore as well, he is an extremely technical guy. Even in Rajasthan, you have the sport growing, I was lucky enough to find a great school out there being run by Mohit, Warriors Cove.

This is gonna sound blunt, but you have proper BJJ coaches here now in India who have competed and won at an international level. If you wanna learn from a fake white belt with no grappling credentials or competition experience go ahead, just don’t be surprised when after training for two years you are still losing to people who have been training at legit schools for two months.”

You recently opened Gado MMA, arguably one of the best training facilities for young aspirants of the fight game here. Can we see some of your proteges bringing India to the global BJJ map anytime soon?

“I definitely think some of my students are going to go on to win in overseas competitions. I train my students with the same method my coaches in AJA Australia and Bonsai Japan use. We drill we specific train and do lots of rolling. It will just be a matter of time.”

India has made some giant strides in the past couple of years but still, a major chunk of it is 3rd world and most of the young fight fans cannot chase their BJJ dreams because of they lack the money to afford good BJJ schools. Can Gado MMA be a trailblazer and provide free training for young kids who cannot afford these facilities.

“Yeah, I totally agree with you in regards to some potential athlete’s not being able to afford the sport. I spend a lot of time in the northeast with two of my students Isiah who runs HRR and Samuel who runs SPES.

In a way, I have learned from them, a lot of their students who can’t afford to train get special concessions, et cetera. I’m looking to do the same thing at Gādo if someone is serious about training but genuinely lacks the funds, we are looking at a scholarship program.

One area I think India falls behind in unfortunately is work ethic. In Australia you have people training 6 am till 7:30 am, working from 9 to 5 and then going back to train from 6 pm to 8 pm. I don’t see that happening as much over here.” 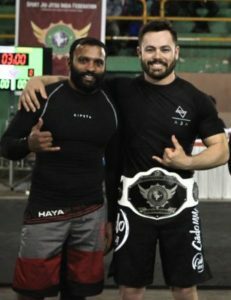 You recently won the SJJIF championship belt in Bangalore. Can you tell us a bit about the experience and when can we watch you fight next and do you have any names?

“Yeah, I have never competed in India so my team had never seen me prepare for a competition. I just wanted them to see what I did to prepare in terms of diet, cutting weight, training hard and tapering down.

I have much respect to my opponent Chethan from Kimura Martial Arts in Mysore for taking the fight as well. He is also a great coach, his team went on to come second overall in the competition. I wanna compete about 4 or 5 times next year, mainly in Australia and Asia. I’ll be doing the Australian National Championships or IBJJF Pan Pacific Championships next year for sure. Other then that any other international competitions that I can attend.”

Finally, Any predictions for brave 20?

“Yeah, expect to see team India kick some ass. As far as I’m concerned now I’m part Australian part Indian so you better believe I’ll be flying both flags. Luckily I hate cricket so there will never be a part of me unsure of which side to cheer for there.” 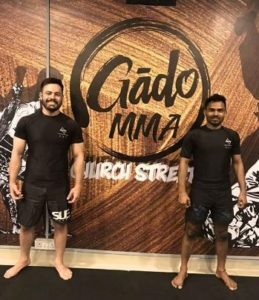 Feel like adding anything extra. Please do so, our readers would love to hear more from you.

“Another thing I wanted to add is to look out for Shiva Raj in 2019. This guy is a high-level purple belt, pro-Muay Thai fighter and amassed an amateur record of 18-1. Dead set one of the most well-rounded fighters I know, he is also the MMA coach at Gādo. First ever Indian to win in the International Mixed Martial Arts World Championships as well.”