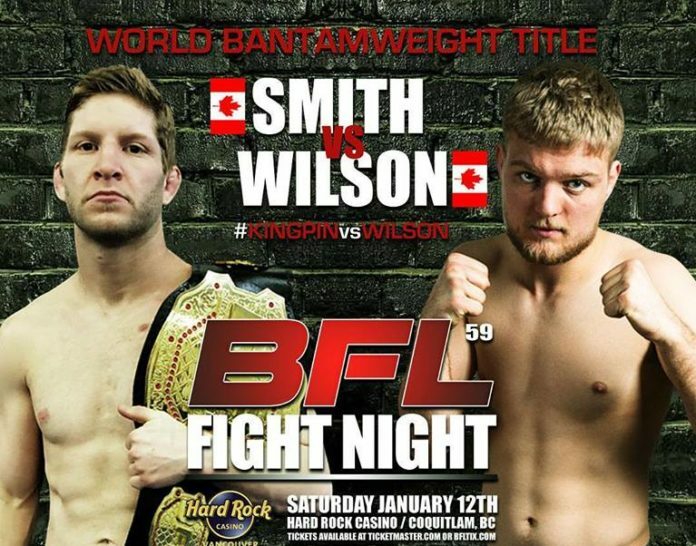 Battlefield Fight League hits the Hard Rock Casino in Coquitlam, B.C. for the first show of 2019. We will have BFL 59 results for you all night long.

The main event pits BFL bantamweight kingpin Cole Smith against the number seven ranked Canadian Ty Wilson. Smith looks to improve his record and remain unblemished, while Wilson looks to capture the crown and dethrone one of the most dominant champions in BFL. Jared Revel and George Davis vie for the vacant BFL middleweight championship in the evening’s co-main event.

Also featured on the card is champion Dejan Kajic, who will square off against Dominique Smith in a non-title fight. And kicking off the main card portion of the event is an amateur kickboxing title fight, as middleweight’s Keanan Kellar and Derrick Laing look to excite the fans and get a strap around their waist.

Check out full results for BFL 59 below.