The Story of Jaime Alvarez: Florida-born, Florida-raised, Ready to Take on the World 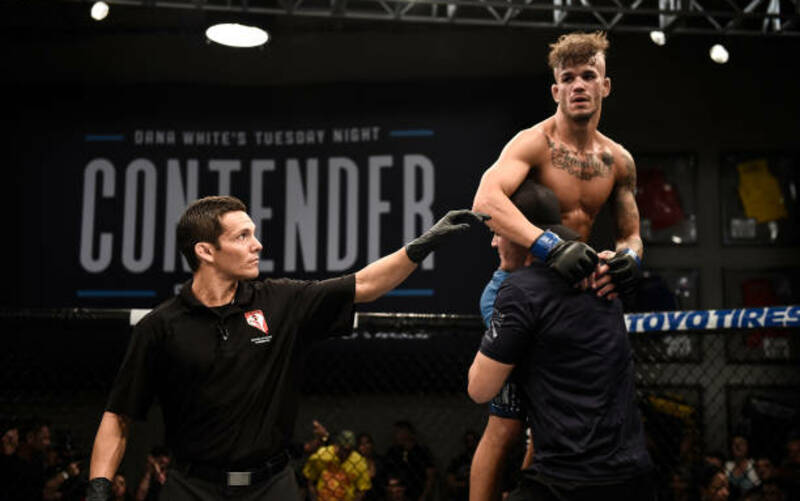 The Story of Jaime Alvarez: Molded by Florida’s ATT into a Modern Mixed Martial Artist, Ready to Take on the World

Recently, I had the pleasure of speaking to Jaime Alvarez, a rising prospect who has tasted the spotlight a couple of times over the past few years. Alvarez hasn’t truly broken out yet, but is planning for a huge 2019. At 7-1 and turning 31 in March, the training wheels are off. Alvarez is primed to take on any challenge and take advantage of any opportunity that presents itself.

Let’s be clear: he has his eyes set on the UFC, but he is prepared to travel anywhere and take on anyone to make that next step. First, Alvarez must take on Jorge Calvo Martin at Titan FC 52. That event takes place on Friday, January 25, 2019 and will be streamed LIVE on UFC Fight Pass. 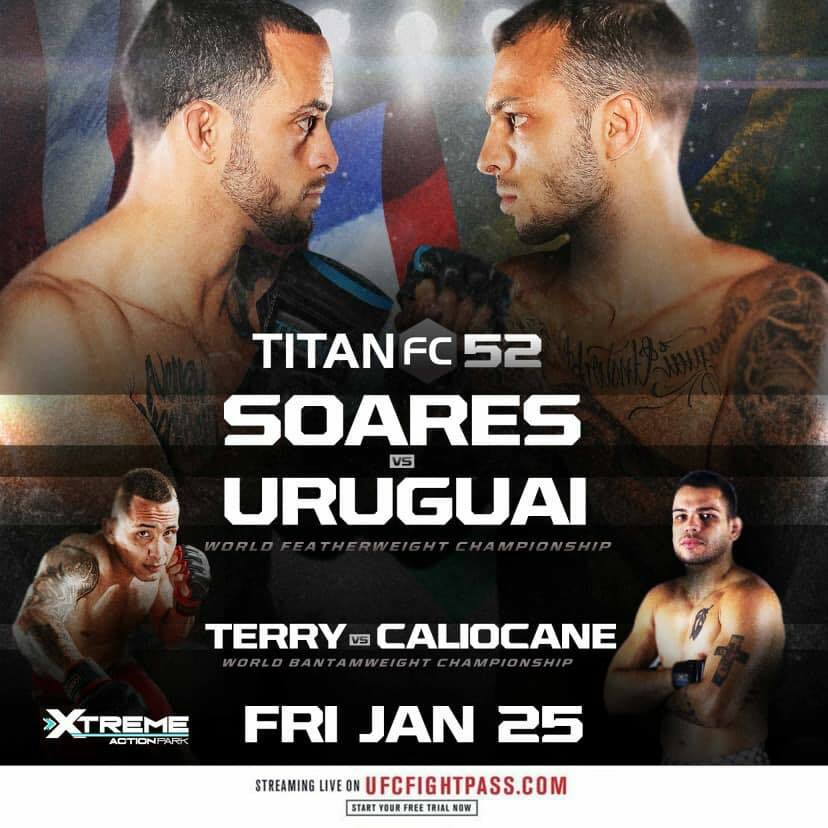 “Yeah, no martial arts background. Started training after college and [been training ever since]…”

I started my conversation with Alvarez by working through his career, from the start to present day. His backstory is surprisingly simple. After college at Florida International University, he decided to take up MMA. He had no background in combat sports. Fortunately, he happened to train at American Top Team, arguably the greatest MMA gym for up-and-coming fighters. With the greatest batch of coaches and teammates around him, Jaime Alvarez was determined to become the best.

Here is another post that uncovers a little-known fact: Jaime Alvarez had a dominant amateur MMA and grappling career. The amateur MMA bouts are not reflected on his Tapology page.

Grinding Through the Florida Regional Scene

Jaime Alvarez took advantage of the rich regional MMA scene in Florida when he started his professional career. Alvarez began his career with the promotion, “Fight Time.” Listen to a young Jaime Alvarez — following his third pro win in February of 2014 —  attribute his early success to the tutelage of MMA legends, Mike Brown and Brad Pickett:
The former WEC champ, Mike Brown, was transitioning from his blistering MMA career to full-time coaching. Brad Pickett was 23-8 at the time and at the peak of his UFC career.

After three wins within eight months with Fight Time, Jaime Alvarez moved on to other promotions in Florida. From September of 2014 to April of 2016, he brought his record to 6-1. Despite a hiccup against a game Abdiel Velasquez at a “House of Fame” event, Alvarez went 3-0 for Absolute FC with three first-round finishes, eventually winning the organization’s flyweight title on April 1, 2016.

Listen again to someone tout the credentials of Alvarez’s coaches and training partners, this time the House of Fame commentators:

Winning the Absolute FC flyweight championship belt in April of 2016 turned out to be a game-changer for Jaime Alvarez. The UFC announced its plans for TUF 24: Tournament of Champions only a month later. The UFC scrapped tryouts for TUF 24 and instead decided to recruit regional champions at flyweight to compete for a shot at then-UFC champion, Demetrious Johnson.

Fighting on Episode 5 against Ronaldo Candido

Jamie Alvarez officially competed on episode 5 of TUF 24 against Shooto Brasil champion, Ronaldo Candido. This bout is easily overlooked as it was both an unofficial exhibition bout and a submission loss for Alvarez. However, what must be noted when chronicling Jamie Alvarez’s career is that he nearly won the fight.

After a short feeling-out process, Alvarez dropped Candido with a huge right hook to the chin. He then swarmed Candido, unloading over a dozen ground strikes and even forced the ref to yell out, “Ronaldo, fight back.” 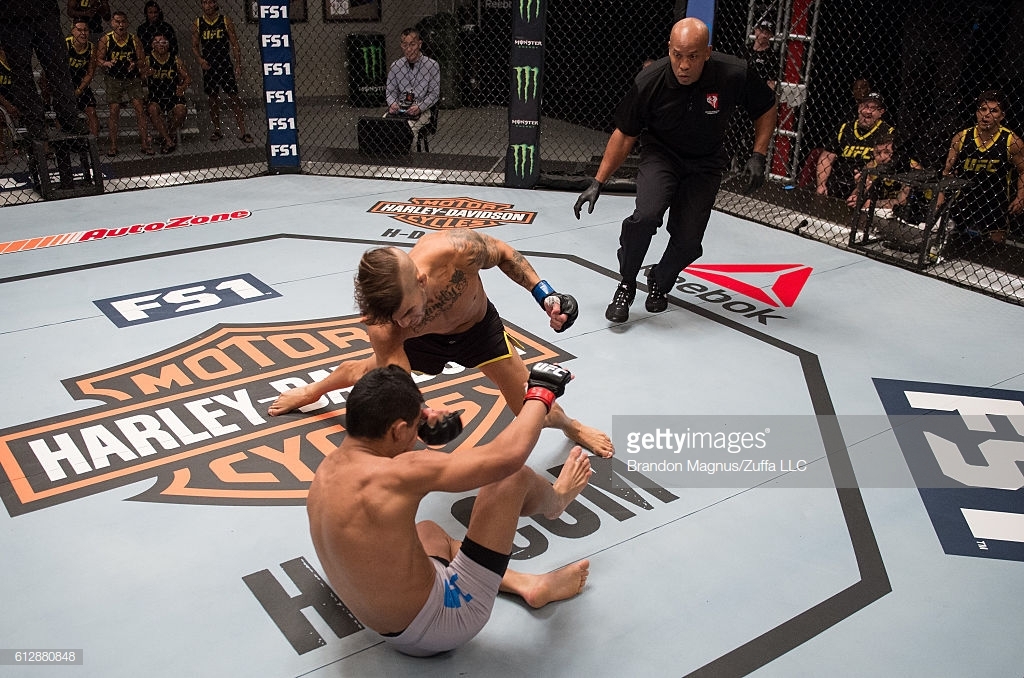 Unfortunately, Candido managed to threaten a footlock causing Alvarez to give up his back. Candido took the opportunity and latched on until he secured the RNC.

I talked to Alvarez about his time on TUF 24. He said it was a great experience but admittedly was difficult being away from his family and away from American Top Team. I pointed out that it didn’t end up setting him back too much as he was next set to appear on the inaugural season of Dana White’s Tuesday Night Contender Series the following summer.

In fact, Alvarez was one of three former TUF 24 contestants who were called up for DWTNCS in the summer of 2017. Ronaldo Candido — Alvarez’s TUF 24 opponent — lost his bout in Week 4. Adam Antolin would win his bout in Week 8.

Alvarez fought a surging Hawaiian prospect and taekwondo wizard, Martin Day. Jaime Alvarez just managed to outwork Day on the feet in Round 1, easily dominated him on the ground in Round 2, but gassed significantly in Round 3. Alvarez was fortunate that Round 3 was not ruled a 10-8 against him because he was getting tagged from bell to bell. What must have saved him in the judges’ eyes was that he never got dropped. Regardless, Round 3 turned an otherwise excellent showing into a disappointed dud.

In his post-fight interview, Alvarez spoke of a difficult weight cut:

Our conversation finally turned to the present-day Jaime Alvarez. I asked him first what he’d been up to since his fight on the DWTNCS in the summer of 2017. He made it clear that he has been 100% active since then. He’s always in the gym working on his game or helping a teammate with a training camp. No long layoffs for injuries or family commitments.

He did mention to me that he was in talks to appear again on Dana White’s Tuesday Night Contender Series Season 2 in 2018. However, the UFC opted to only host one flyweight contest that season, down from the eight fights on the first season of the Contender Series. Alvarez simply stayed active in the gym waiting for the right opportunity.

Our conversation then turned to his preparation for Titan FC 52. He, firstly, made it clear that his weight won’t be an issue. He said he typically weighs in the upper 130s and low 140s when it comes to his weight. I then asked about his training partners and was blown away as he rattled off names of the most elite fighters in the flyweight division.

On His Training Partners: “I train with Juan Puerta, Adriano Moraes, Kyoji Horiguchi…”

I quickly asked about Alvarez’s relationship with teammate and current Titan FC flyweight champion, Juan Puerta. Alvarez said that he would never fight Puerta and that they are close friends even outside the gym. He said that they are always helping each other get ready for fights and they wouldn’t be meeting each other in a real fight.

There it is! Juan Puerta gets the upset in Kazakhstan to capture the @TitanFighting flyweight title! #TitanFC51 pic.twitter.com/k1fKXR9GMP

Jaime Alvarez in 2019 and Beyond

Finally, I asked about Alvarez’s future. He said that his fight at Titan FC 52 was on a one-fight deal and that he is in no way tied down. He’s prepared to do whatever it takes to make it to the next level.

He told me that he would fight anywhere next. even in Rizin in Japan.

Jaime Alvarez is primed to make a statement at Titan FC 52 against Jorge Calvo Martin on Friday, January 25, 2019, LIVE on UFC Fight Pass.