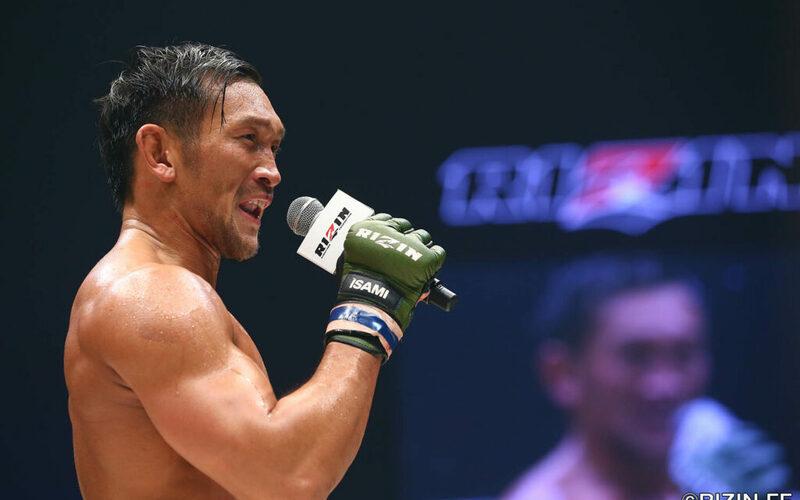 Bellator MMA bolsters their welterweight roster with the addition on a big-time Japanese veteran in the form of “Strasser” Kiichi Kunimoto.

Kiichi Kunimoto (20-7-2, 1NC) is a former Pancrase title-challenger and HEAT Welterweight Champion who has since gone on to compete in the UFC and RIZIN.

Shortly after winning the aforementioned HEAT title, Kunimoto signed with the UFC and immediately won three-straight, defeating the likes of Daniel Sarafian and Richard Walsh. He couldn’t continue that same momentum, however, losing to Neil Magny and Zak Ottow in back-to-back fights afterwards.

Though the Magny loss came nearly two years before the Ottow loss due to Kunimoto being out of action for 28-months. It is also worth noting that the loss to Zak Ottow was a very controversial split decision. He was released from the UFC despite this.

“Strasser” wasted no time, signing with RIZIN Fighting Federation immediately and joining their NYE festivities just six-months after the recent loss. In his debut, the grappler showed off his kickboxing game and picked apart a fellow veteran in the form of Satoru Kitaoka for a clear unanimous decision win. He returned in August of last year, choking out DEEP champ Ryuichiro Sumimura in the first-round.

To those in the know, it won’t be too surprising to hear that Kunimoto has signed with Bellator. This due to the fact that, despite Kunimoto being a clear fit for RIZIN, the Japanese-based promotion doesn’t have much of a welterweight division for him. Hence his debut coming against a long-time lightweight.

Bellator President, Scott Coker, had this to say regarding the Kunimoto signing:

“Any time we have the chance to sign a respected veteran fighter like Kunimoto, we very much look into it and consider what it can do for us and the promotion. We’re always interested in guys like this. Kunimoto is very tough. He has been successful against some of the best in the world, and I am happy that his MMA career will continue and move forward with us at Bellator.”