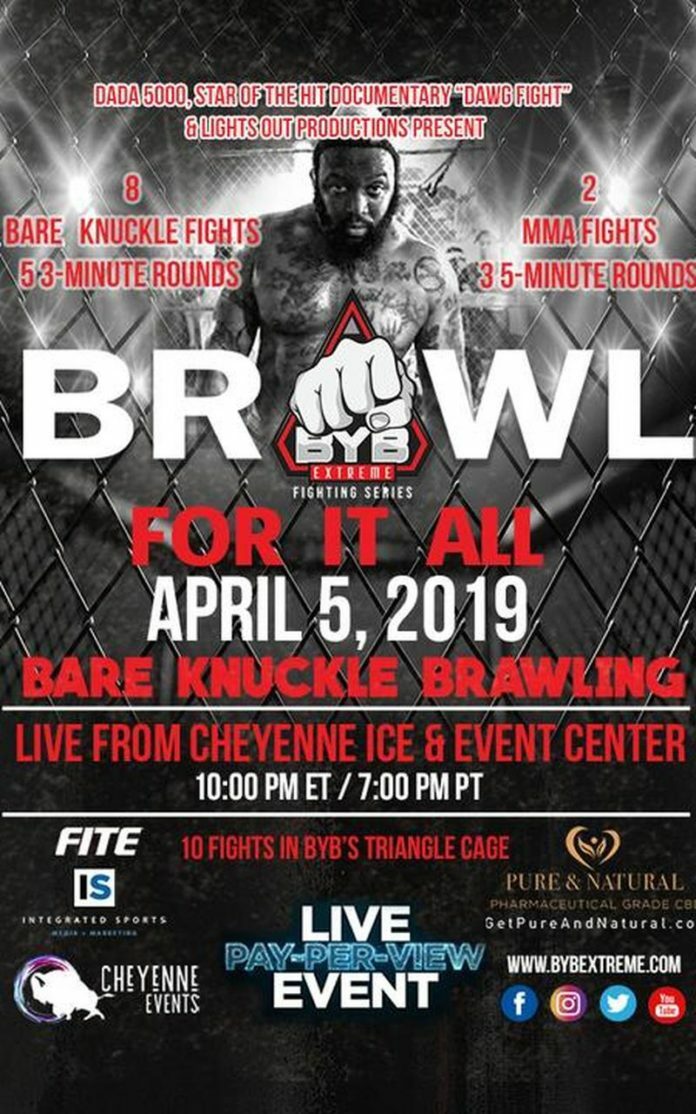 BYB Brawl 1: Brawl For It All – Results

Backed by a veteran of the backyard fight scene, and one-time Bellator MMA fighter, DADA 5000 brings his vision to life tonight with BYB Brawl 1: Brawl For It All.

The show, which will take place in the infamous triangular cage, officially dubbed ‘The Trigon’, will feature ten bareknuckle fights and two professional MMA bouts, live from Cheyenne, Wyoming.

The twelve-fight card will feature fighters from different states as well as two Canadians in the form of Desmond Johnson and Jake Young. The Virgin Islands and the Dominican Republic will also be represented.

Many fighting styles will be well-represented tonight in Wyoming. Wrestling, muay thai, boxing, hell, even backyard-brawling. If you’ve seen the excellent Dawg Fight documentary, then you should know what to expect from this fight card.

Dawg Fight, but in a more professional setting.

Check out the full card below, updated with live results as the event progresses. Be sure to watch on FITE TV. You will be entertained.

The bareknuckle fights will be 5×3 rounds, the MMA bouts will be 3×5.

Heavyweight: (BK)
Josh “Dempsey” Gormley vs. Bobby “Zombie” Brents ends in a No Contest (Eyepoke to Brents in R1)