Tonight’s card features some of the best amateurs Canada has to offer. Top-ranked amateurs such as Indroop Virk, Andrew Mavridis, Aaron Anctil, Jett Grande, and Mark Mosure make appearances on RITC 61. Each of these highly ranked amateur fighters competes for gold.

8 amateur titles are on the line at RITC 61. For the men, divisions from bantamweight all the way up to light heavyweight are represented. For the women, the RITC flyweight and featherweight titles are up for grabs.

On the main card, a few debuting pros open up the action. Among the debutants, Josh Quinlan. As an amateur, the American fighter was ranked highly in the western region of the US. He takes on Colton Boxell whom also makes his professional debut at RITC 61.

In the main event of the evening, two seasoned pros get after it. The seasoned Jesse Bongfeldt makes his long-awaited comeback when he takes on Micah Brakefield. Bongfeldt is a UFC veteran who shared the octagon with Rafael Natal and former middleweight champion, Chris Weidman. On the other end, Brakefield comes in much younger. The British Columbia born fighter has an excitingly funky style of jiu-jitsu that is sure to capture the attention of anyone in the vicinity.

Rumble in the Cage 61 Live Results

Jesse Bongfeldt def. Micah Brakefield via KO (punch) at 4:50 of round 1

Joel Odorski def. Gage Saunders via disqualification (illegal elbows/back of the end) at 0:44 of round 1

Josh Quinlan def Colton Boxell via KO (punch) at 0:32 of round 1

Colton Cronkite def. Taylor “Raging” Bull via submission at 4:15  of round 1

Mark Mosure def. Dylan Schellenberg via TKO (ground and pound) at 2:18 of round 2 – Amateur Middleweight Title 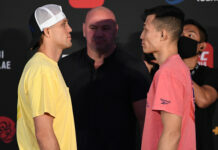 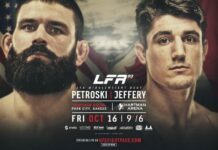 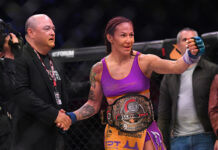