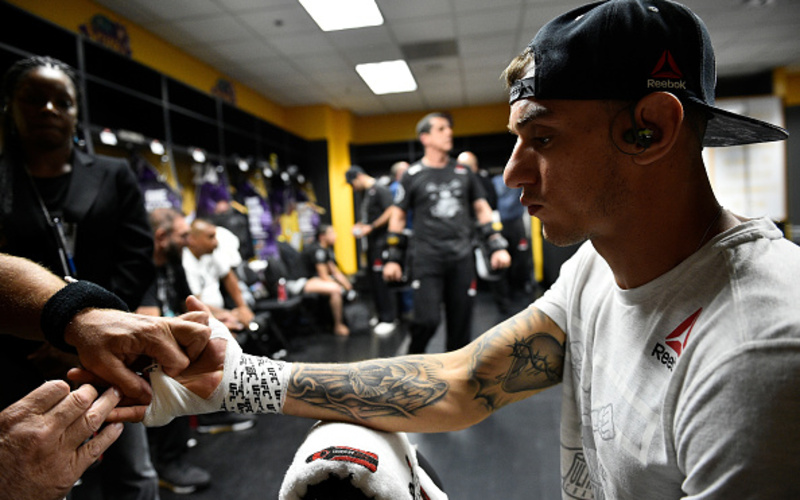 UFC featherweights Chan Sung Jung and Renato Moicano both seek wins as they are set to return at the UFC Greenville.

A win would fire both fighters back into title contention. The current champion Max Holloway is coming off a unanimous decision loss to Dustin Poirier, a fight for the lightweight strap at UFC 236.

Despite losing a potential 2018 ‘Fight of the Year’ bout to Yair Rodriguez, Jung’s stock is as high as ever in the UFC’s struggling featherweight division. Jung slipped to a number thirteen featherweight ranking and will be keen to remind fans of the knockout power he possesses, as he demonstrated against Dennis Bermudez at UFC Fight Night 104.

The ‘Korean Zombie’ is a fan favorite for his aggressive style and has four victories in his last six appearances.

Moicano looks to bounce back from a TKO defeat to former UFC featherweight champion Jose Aldo in impressive fashion. The Brazillian hopes to improve on his number 5 ranking against the tough South Korean.

He boasts a UFC record of 4 -2. His record includes notable victories against veterans Jeremy Stephens and Cub Swanson. A victory and good performance will do wonders for Moicano in a division where the current champion, Max Holloway, has cleaned out most viable contenders.