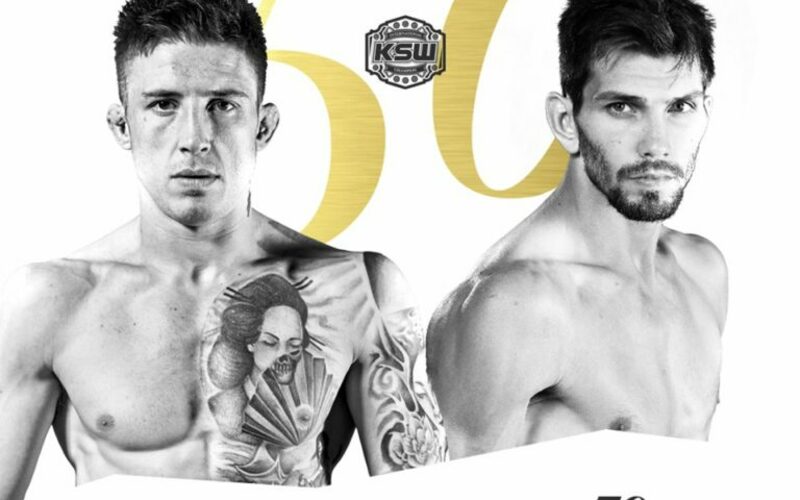 With KSW 50 set for September 14, 2019, the first fight on the monumental card has been announced. In an interim title bout, Northern Ireland’s “Stormin” Norman Parke (27-6-1) will take on Polish star Marian Ziolkowski (21-7-1.) Double champ Mateusz Gamrot is taking a break for awhile, making this an interim lightweight title bout.

Parke is one of the more polarizing fighters on the European fight scene. After his stint in the UFC, Parke eventually landed in KSW and thus far has competed in five bouts with a record of 3-1-1. Both of the “1’s” in his record column are from his bouts with current champion Gamrot. Parke’s KSW debut came at the company’s biggest show to date, KSW 39, where Parke lost via unanimous decision. In the rematch five months later at KSW 40, the bout was ruled a no contest after an accidental eye poke caused a stop to the bout in the second round. Since then, Parke has reeled off four straight unanimous decision victories (one of those in Brave CF.) The past two victories have been over former title holders, and Parke would love nothing more than to secure that gold and secure a third bout with Gamrot.

“Golden Boy” Ziolkowski is currently 3-1 in KSW with his lone loss coming in his debut bout to former champion Kleber Koike Erbst. Ziolkowski is a veteran of the sport with 21 victories and well over half of those ending with a submission victory. He took the very tough Gracjan Szadzinski to a decision victory when many thought Gracjan had a puncher’s chance to end the night quickly. Ziolkowski is a tough fighter to take out of the fight and look for both fighters to grind from bell to bell.