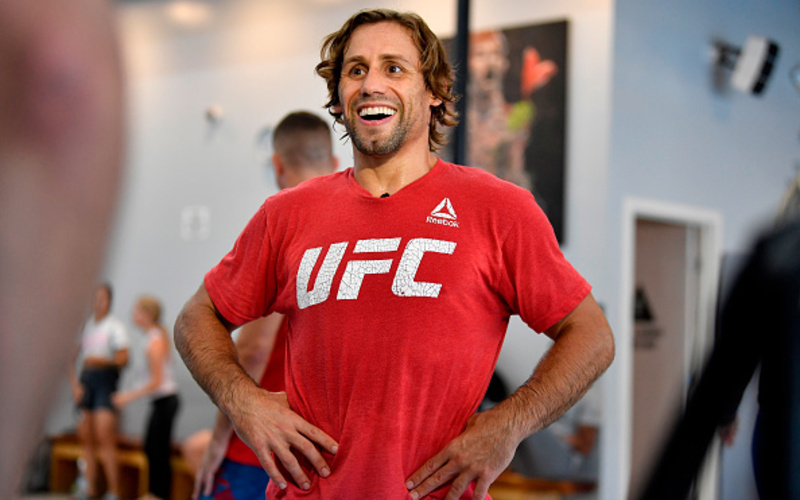 UFC returns to Sacramento, California this weekend at the Golden Center. This article is a UFC on ESPN+ 13 preview, where we will take a closer look at several bouts on the card. In the main event, former featherweight champion Germaine de Randamie faces undefeated contender Aspen Ladd in a bantamweight clash. Also on the card is the return of “The California Kid” as Uriah Faber faces top prospect Ricky Simon at 135-pounds.

Before we head into the main card, here are a few preliminary bouts you should look out for.

In a matchup between former Invicta FC strawweight champions, Livia Renata Souza welcomes Brianna Van Buren to the Octagon. Souza (13-1), is 2-0 in the UFC with victories over Alex Chambers and Sarah Frota. The latter was a split decision victory against Frota who missed weight by seven pounds. The only loss of Souza’s career was a split decision to UFC veteran Angela Hill for the Invicta FC strawweight title. The Brazilian has finished ten of her 13 victories, with eight via submission. Meanwhile, Van Buren (8-2) most recently won the Invicta FC: Phoenix Rising 1 tournament where she defeated UFC veterans such as Juliana Lima and Kailin Curran along the way. The Gilroy, California native hasn’t lost a fight since 2015.

This bout is an intriguing clash of styles, between the jiu-jitsu fighter and the wrestler. Will Souza’s UFC experience pay off or will Van Buren earn her first UFC victory?

UFC veteran Darren Elkins will have a unique challenge on his hands, when he faces heel hook hunter Ryan Hall. Elkins (24-7), has lost two bouts for the first time in his career heading into his contest with Hall. Known to take damage (hence his moniker “the damage”, Elkins won’t be displaying his durability against Hall, he will be displaying his submission defense. Elkins has only lost via submission once in his UFC career – to the guy who has the most submissions in UFC history, Charles Oliveira. Hall, despite having considerably less MMA experience, is only one year younger than Elkins. The Tristar representative won The Ultimate Fighter 22 against fellow finalist Artem Lobov. In his most recent showing, Hall quickly submitted former two-weight UFC champion B.J. Penn at lightweight. Now, Hall drops back down to featherweight to take a step closer to the top 15 at 145-pounds.

We all know what Ryan Hall’s objective is here; dive on the leg to win via submission. But, Darren Elkins has faced top contenders throughout his career and perhaps is experienced enough to stop the leg attacks. Will Hall perfect his move once again or will Elkins’ experience prevail?

After having a pregnancy, Julianna Pena returns for the first time in 30 months to face the first women’s flyweight champion Nicco Montano. Pena’s last outing was back when the UFC was on FOX ,when she faced current flyweight champion Valentina Shevchenko in a bantamweight main event. Unfortunately for Pena, she suffered a submission loss in the second round. Prior to the loss, Pena was undefeated in the UFC, with wins over Cat Zingano and Jessica Eye. Pena is also The Ultimate Fighter 18 winner. She faces Montano, who is The Ultimate Fighter 26 winner – which was for the flyweight title. However, despite winning the flyweight title, Montano lost the title due to not making weight for her bout with now-champion Shevchenko. Now, Montano returns to bantamweight looking to become champion once again.

Will Pena come back strong after a long layoff or will the layoff backfire on her? There are a lot of x-factors in this bout, which makes it an intriguing contest you shouldn’t miss.

After suffering a one-sided decision loss to newly-ranked middleweight Ian Heinisch, Cezar Ferreira looks to return to the win column against Marvin Vettori. Ferreira (13-7), is a UFC veteran dating back to 2012. The 34-year-old has fought all comers in his UFC career, facing Nate Marquardt, Jack Hermansson, Anthony Smith, Jorge Masvidal, and Thiago Santos. In his last six, Ferreira is 4-2 and is 9-5 in his UFC career. Vettori (12-3-1) is returning from a USADA suspension from a tainted supplement which has sidelined the Italian from competing. When he last fought in the Octagon, Vettori lost a split decision to current interim middleweight champion, Israel Adesanya. Vettori is 2-2-1 in the UFC, with victories over Alberto Uda and Vitor Miranda.

Will the experience of Ferreira be vital or will the young gun Vettori reign supreme in his UFC return?

Middleweight prospect Karl Roberson faces Brazilian newcomer Wellington Turman. Roberson (7-2) most recently fought former UFC title-challenger Glover Teixeira. However, Teixeira quickly submitted the prospect in the very first round. At middleweight, Roberson is 2-1, with wins over UK’s Jack Marshman and Darren Stewart. Turman (15-2), will be making his UFC debut. The 22-year old made his professional debut at age 19. The Brazilian has the majority of wins coming via submission. Turman enters the bout on a four-fight winning streak and has won seven of his last eight bouts.

This should be a bounce-back fight for Roberson at 185-pounds, but he cannot overlook Turman on the floor or he could fall victim to a submission loss once again.

In a featherweight contender bout, Josh Emmett squares off against Mirsad Bektic. Emmett (14-2), most recently scored a comeback knockout victory over Michael Johnson in March. Since dropping down to featherweight in 2017, Emmett is 3-1. This includes a knockout win over Ricardo Lamas and a knockout loss to Jeremy Stephens. The loss to Stephens was devastating, with Emmett suffering several facial fractures and injuries. Bektic (13-1), is returning from a 13-month lay-off due to injury. Most recently, the Bosnian is coming off a split decision win over Ricardo Lamas. His only loss so far was a dramatic third-round knockout loss to Darren Elkins in one of the best comebacks of 2017.

Will the power of Emmett be too much for Bektic or will Bektic’s well-roundedness be too much for the Team Alpha Male competitor? Either way, the featherweight division will have a solid contender at the end of it.

“The California Kid” returns from retirement at 40-years old. Former WEC king Urijah Faber faces former LFA champion Ricky Simon. Faber (34-10), returns to Sacramento, California – the same place he retired back in December of 2016. In his UFC career, Faber is 10-6, which includes three unsuccessful attempts at bantamweight glory. However, Faber has faced killers throughout his career and has never lost to someone on the current level of Simon. Meanwhile, Simon (15-1), is the up-and-comer who is looking to make a name for himself in the bantamweight division. Since signing with the UFC last year, Simon has gone 3-0 and is on an eight-fight win streak. Most recently, Simon battered Rani Yahya for three rounds at UFC 234, scoring a dominant decision win.

The grappling exchanges will be extremely interesting, with Faber being known for his submission attacks, and Simon is known for his relentless wrestling and grinding style. Either the veteran is too much for Simon at this stage of his career or Simon proves he is ready to be facing former champions.

In the main event of the evening, former UFC featherweight champion Germaine de Randamie battles top bantamweight contender Aspen Ladd for the number one contender spot at bantamweight. “The Iron Lady”, is coming off a unanimous decision victory over former title-challenger Raquel Pennington last November. The 35-year old is riding a four-fight win streak, with her only UFC loss coming to current two-weight champion Amanda Nunes. Aspen Ladd on the other hand is looking to continue her perfect ways as a professional. The 24-year old, who trains out of MMA Gold in California, looks to gain a win in her home state. In her UFC career, Ladd is 3-0, with victories over Sijara Eubanks, Tonya Evinger, and Lina Lansberg. Ladd has lethal ground and pound, with five of her eight professional wins coming via ground and pound TKO.

This is a classic striker versus grappler matchup. A Dutch kickboxer versus an American wrestler. If Ladd can get de Randamie down just once, she could finish the fight. But, if she gets reckless, or cannot get the takedown – expect GDR to be winning the fight. At the end of the fight though, we will have the next bantamweight title challenger for Amanda Nunes.