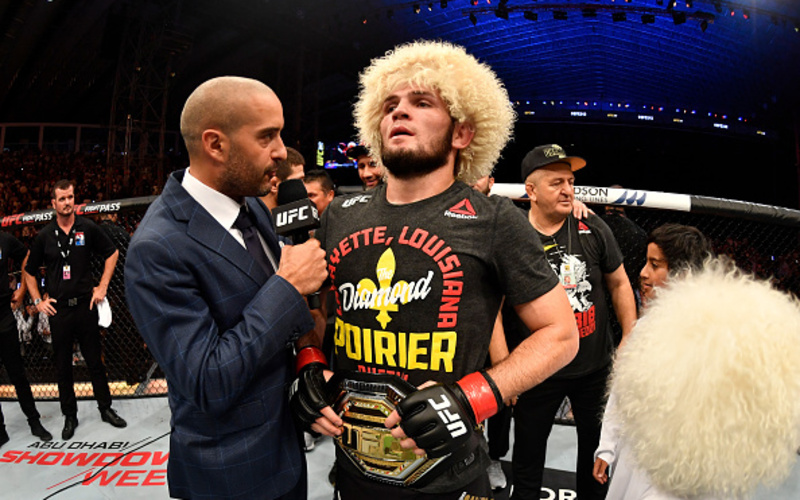 At UFC 242, Khabib Nurmagomedov continued his reign as UFC lightweight champion. The Dagestani fighter improved to 28-0 when he dismantled interim champion Dustin Poirier in the third round. Following the contest, “The Eagle” wore his foe’s t-shirt, stating that he would be selling it and donating all proceeds to “The Diamond’s” charity.

Poirier’s charity, The Good Fight Foundation, was created by the Louisiana native and his wife Jolie. Instead of having all of Poirier’s post-fight memorabilia sit in the corner, the two decided to auction it off and donate the funds to charities in the Lafayette, Louisiana area.

Khabib Nurmagomedov to donate to The Good Fight Foundation

Following his fight with Eddie Alvarez, Poirier auctioned off his fight kit, which led to the purchase of over 3,000 meals by the Second Harvest Food Bank.

And in his second auction, Poirier funded a playground for disabled children at a Lafayette elementary school following his victory over Max Holloway for the interim lightweight championship.

Despite not winning at UFC 242, the Louisiana area will win, as Nurmagomedov intends to donate.

If you are interested in Poirier’s Foundation, check out The Good Fight here.