Khabib Nurmagomedov is Perfect and Flawed 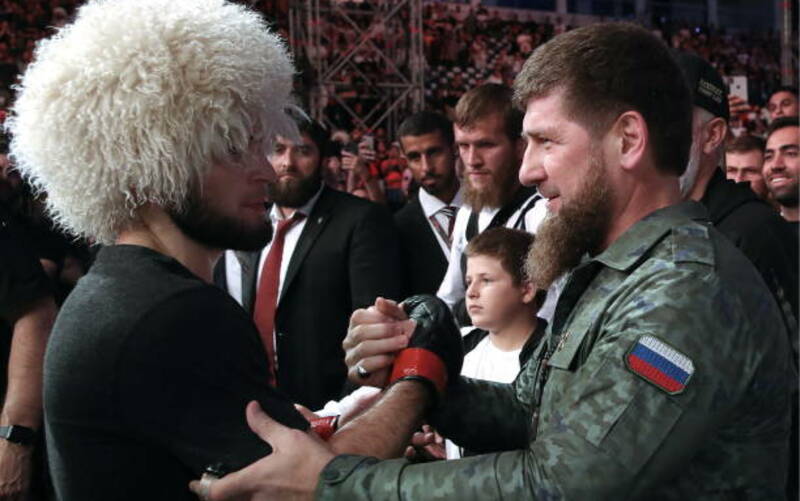 As dominant as he is in the cage, he is just as polarizing outside of it. Khabib Nurmagomedov criticized a play put on in Dagestan that featured a woman in lingerie seducing a man. He asked the Dagestani government to investigate the “filth.” The UFC champion also criticized a Dagestani rap duo and drew ire from the Russian rap community. He has a reportedly close relationship with Chechen warlord Ramzan Kadyrov, a staunch, violently anti-gay figure in world politics.

Nurmagomedov is not the only great athlete to have troubling actions and stances in his here and now. Floyd Mayweather, the most decorated boxer of his generation, was convicted of domestic abuse and money laundering. Manny Pacquiao is a famously anti-gay figure in Filipino politics. Tiger Woods had a string of infidelities and was arrested in 2017 for driving under the influence. Controversy is not new to the greatest in sports figures.

And controversy is especially not new to the people who associate with the sport of MMA. Women abusers, reformed or current drug addicts, felons, and neo-Nazis are all people who have had their time in the MMA news cycle, some just this year. Jon Jones, the current UFC light-heavyweight champion, was stripped of a title on three occasions after a felony hit-and-run, testing positive for cocaine, and testing positive for steroids. These things are not new to the sport of MMA.

So when Nurmagomedov is looking at becoming arguably the greatest fighter of all time, he’s also the perfect person to become the sports representative. He’s not picture-perfect, and his opinions are troublesome to say the least. His association with bad people is worrisome as well. But his ability to maul people in the cage is beyond compare, and his technical and savage mastery of fighting is so far perfect. Khabib Nurmagomedov represents MMA in the most complete way possible. He’s a person who associates with trouble, who draws an audience and respect to an arena, and can absolutely jack you up when fight night arrives.

Khabib Nurmagomedov might just be the best lightweight fighter of all time.

What does that actually mean though? The sport is just about 30 years old, give or take a year or two across seas in Japan. MMA barely resembles the circus show that people grew accustomed to in the early 90’s on video tapes from Blockbusters and Hollywood Videos. It’s corporate now, and the characters are bigger, more recognizable to more and more people.

Nurmagomedov isn’t that household name in the states. He’s no Conor McGregor or Ronda Rousey, nor is he as big as Chuck Liddell or Georges St-Pierre were a decade ago. He’s not a Brock Lesnar gargantuan. But across the seas in Dagestan, Russia, and most recently Abu Dhabi, the man is a legitimate star.

When he choked out the tough-as-nails Dustin Poirier (25-6, 1 NC) at UFC 242 to defend his lightweight crown, Nurmagomedov extended his sterling record to 28-0. If you wanted to translate that to other sports greatness, that’s the 2007 Patriots going 18-0 heading into the Super Bowl; that’s a perfect game against some of the best batters in the MLB; that’s Floyd Mayweather’s 50-0 and subsequent exhibition victories. Nurmagomedov is pushing into uncharted territory in terms of lightweight greatness, but also MMA greatness.

As far as lightweights go, he is unquestionably among the very best to ever scrap. He’s up there with BJ Penn, Eddie Alvarez, Takanori Gomi, Gilbert Melendez, all former champions and pound for pound great fighters in their heyday. But none of them started out this flawless with nearly 30 straight victories.

He’s also pushing into that greatest of all-time territory, filled with names like Canadian welterweight St. Pierre, Russian heavyweight Fedor Emelianenko, current UFC light-heavyweight champion Jones, and Brazilian legend Anderson Silva, to name a few. Nurmagomedov hasn’t just been defeating his opponents, he’s been dispatching them in increasingly dominant fashion. It’s not a matter of will he get to the top of that heap, but when.