Immediately after the official promo video for the Masvidal vs Diaz fight came out, UFC fans all around the world jumped for joy as two of the biggest gangsters finally got a chance to step in the octagon against each other. We also got an official date for the fight, November 2nd. Although there won’t be any official belt on the line, the two gritty fighters will go up against one another in a five-round fight to determine who is the “Baddest Mother—ker” in the MMA, as Dana White put it. With less than a month to go, let’s take a deeper look at the matchup to see what kind of fight we can expect on UFC 244.

Although there’s still some time until the fight and both fighters are still in training, preliminary betting odds came out as soon as the fight was announced. Early odds in this welterweight bout favor Jorge Masvidal over Nate Diaz. Odds on Masvidal are currently floating around -245, while the odds on the underdog Nate Diaz stand at around +175. Of course, these betting odds don’t mean much, as anything can happen when the doors of the octagon close.

However, if you’re an Aussie MMA fan and are looking to bet on the fight, the best idea is to look for new betting sites on the radar, as they more often than not offer much better betting odds on such events. Now would probably be the best time to do so, especially if you favor Diaz over Masvidal, as the odds are most likely to shorten as we get close to the end of training camp.

To say that Nate Diaz made an impressive return of the division this year would be an understatement. After three years of absence, Diaz brought out an emphatic performance against Anthony Pettis to clinch another victory after the fight went to the judges’ scorecard. Identically to this matchup, Diaz was considered an underdog but managed to prove that he is a true fighter that is always ready to step up when called upon. Even after such a long absence from the UFC, Diaz still maintains a strong sixth position on UFC’s welterweight division.

Many sports pundits and fans of MMA argue that this three-year hiatus Nate Diaz was forced to take could actually help cement his legacy as one of the best fighters in the history of the sport. If he manages to pull out a win as a betting underdog, Diaz will prove that he is a true superstar of the sport. He is one of the purest fighters, with fantastic boxing and grappling abilities and a body that never quits, no matter the pressure.

Jorge Masvidal had arguably the most standout year out of all fighters in the UFC. No matter if you’re a fan of him or not, Masvidal deserves all of the respect and recognition he has been enjoying over the last few months. As a fighter, he has had one of the most turbulent careers probably out of all fighters on the current UFC roster. Coming up as a protégé of Kimbo Slice, even fighting in his brutal back yard-organized fights, Masvidal has come a long way to become the number three contender he is today. All of this culminated in a recent fight against Ben Askren, in which he set the new record for the fastest knockout in UFC history and rose as one of the biggest stars in the competition.

How Can The Fight Play Out?

Both Masvidal and Diaz have their own go-to moves and will bring very different styles into the octagon on November 2nd. Since the fight will be a five-rounder, Nate will have a stamina advantage, as he has had in previous bouts with top-ranked fighters. Jorge Masvidal will likely look to put the pressure on early and try to avoid dragging the fight out into the later stages. As a world-class striker, he will be looking for his chances in a stand-up duel.

On the other side, Nate Diaz will search for his chances in the later rounds and will look to tire out Masvidal. Unlike Masvidal, Nate’s chances lie in the ground and pound game. There he can put on one of his signature submission moves as he did on McGregor and previous opponents. So, how do most sports pundits see the fight playing out? If Masvidal wins, he will likely do so in the first three rounds. If Nate wins, the fight will most likely be decided by one of his submission moves or based on the judges’ decision. 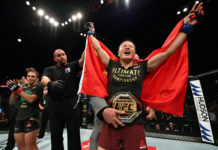 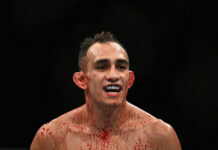 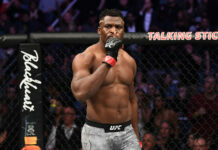