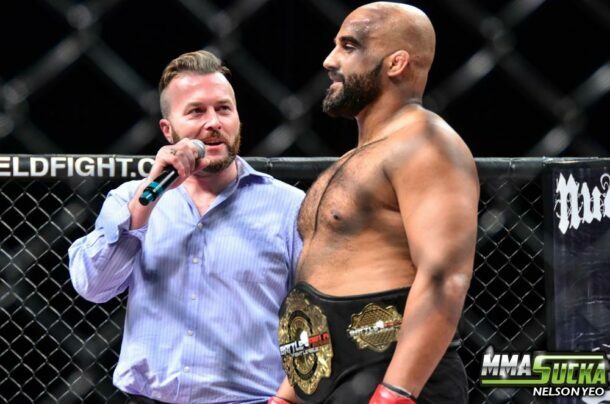 The bout was initially announced by Asian MMA.

Arjan Bhullar gets crack at ONE gold

Bhullar (10-1) made a surprising move to not re-sign with the UFC after going 3-1 inside the Octagon. The Olympic wrestler earned a decision victory in his ONE debut this past October against Mauro Cerilli. The AKA/Checkmat Vancouver product holds notable victories over Luis Henrique, Marcelo Golm and Juan Adams.

Vera (16-8, 1 NC) moved down to light heavyweight in his last outing, challenging Aung La Nsang for the title. The Alliance Training Center veteran fell short and lost via TKO in the second round. Prior to that blemish, Vera was riding a four-fight winning streak. This streak included winning the title and two title defenses.

The Vera vs. Bhullar heavyweight title fight is the first bout announced for the May 29 fight card.