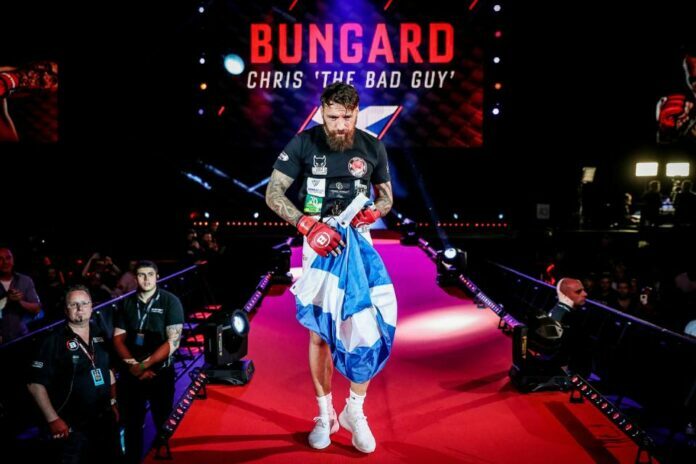 One man’s misfortune is another man’s opportunity, and that is certainly the case for Scotland’s Chris Bungard. He steps in for Peter Queally to face former Bellator lightweight champion Brent Primus at Bellator 240 in Dublin.

Originally, it was Dublin’s own Peter Queally scheduled to face Primus, however, he was forced to withdraw citing an LCL tear. Bellator turned to fellow European Chris Bungard to fill in on short notice for the biggest opportunity of his career.

Bungard is 2-1 since joining Bellator, most recently victorious over Benjamin Brander in November. Renowned for his slick submissions, he is a Brazilian Jiu-Jitsu black belt under Marcos Nardini. He’s also proven durable and tough to finish, and this grittiness could aid his efforts against Primus.

In Over His Head

This short notice fight is an opportunity of a lifetime for Bungard, but is he in over his head? Primus is a strong 9-1 in MMA, with his sole loss coming at the hands of former Bellator lightweight champion, Michael Chandler. Primus is a Brazilian Jiu-Jitsu black belt himself, possessing high-level fundamental skills across all aspects of mixed martial arts.

Bungard is yet to fight outside of the UK for Bellator, finding himself deep on the undercards of his last couple of events. 1-1 in his last two against opponents with a combined record of 27-18, the level of competition he’s faced is questionable.

In comparison, Primus has fought on bigger stages across the Atlantic. Most notably Primus fought at Bellator NYC in Madison Square Garden and headlined Bellator 212. He is no stranger to fighting across the pond either, most recently the curtain closer at Bellator Birmingham.

Primus has fought former champion Michael Chandler on two occasions. He first upset Chandler in New York via TKO due to leg injury, with Chandler avenging the loss in a dominant display 18 months later. Long considered one of the best lightweights in the world, Chandler is by far the toughest opponent between them.

There is no doubt a win at Bellator 240 would be the biggest in Bungard’s career. Victory this weekend would catapult his name towards the top of the division. A former champion and significant name within the promotion and amongst fans is a gargantuan feather in the cap. Restricted to European cards, this would be the big break Bungard needs to assert his relevance in the lightweight landscape.

This could lead to an American debut for Bungard. However, with former Cage Warriors champion Ross Houston recently signing with Bellator and vying for a bout with Michael Page, plus UFC veteran Robert Whiteford on the books, a big win might even be enough to force a hometown Scottish debut for Bellator, especially given their growing expansion within the UK market.