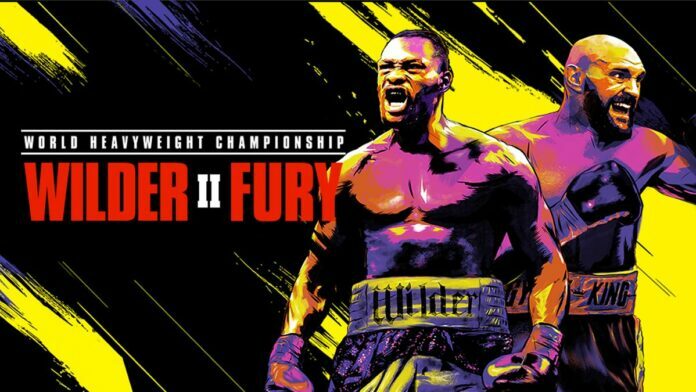 The time has come for one of the most anticipated heavyweight title fights in the past decade. Deontay Wilder and Tyson Fury meet in Las Vegas for their rematch after they fought to a split draw, back in December of 2018. Fight fans have been patiently waiting for this day and the fight should live up to all expectations.

If you remember the first fight, Fury arguably dominated most of it. However, Wilder has a secret weapon. His right hand. That right-hand landed in Round 12 and looked to have knocked Fury out but that wasn’t the case. During a controversially 10 count by the referee Fury rose off the mat like the Undertaker. Going into the final round it seemed like Wilder was down in the scorecards. But that knockdown proved to be enough to even the scorecards. Once the fight was deemed a draw it became obvious that a rematch had to happen.

Wilder has a record of 42-0-1 with 42 knockouts. Coming into this fight on a two-fight win streak after knockouts against Dominic Breazeale and Luis Ortiz. Fury has a record of 29-0-1 with 20 knockouts. He has also earned two victories after the first fight. First, he knocked out Tom Schwarz and then earned a unanimous decision victory over Otto Wallin. There is no love lost between these two fighters so expect to see a war inside of the boxing ring.

The rematch can be streamed live on ESPN+ or ordered through your cable provider.

Keep it locked to MMASucka.com for results and updates from Deontay Wilder vs. Tyson Fury 2 all night long.

Tyson Fury def. Deontay Wilder via TKO (Corner Stoppage) at 1:39 of Round 7

Charles Martin def. Gerald Washington via TKO at 1:57 of Round 6

Emanuel Navarrete def. Jeo Tupas Santisima via TKO at 2:20 of Round 11

Rolando Romero def. Arturs Ahmetovs via TKO at 1:22 of Round 2