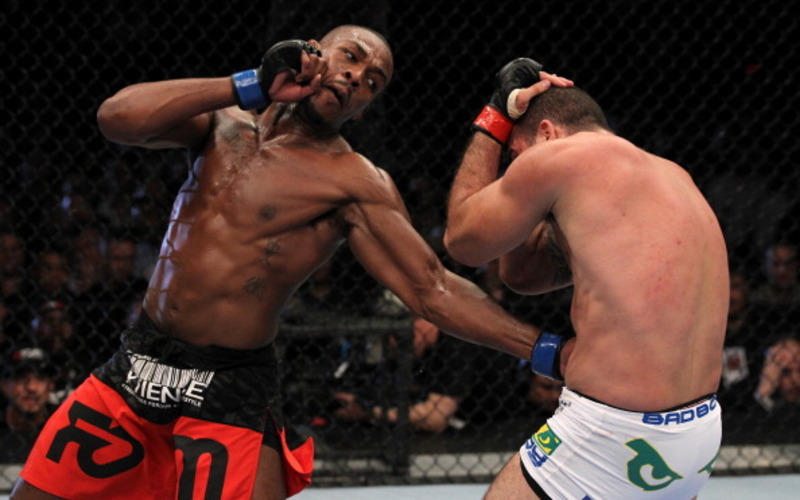 This is the first edition of Today in MMA History. Since COVID-19 has put a halt to almost all MMA promotions MMASucka has decided to take a look at some fights from the past. Today’s article feature’s a huge moment in UFC history, the first time Jon Jones became a champion. That’s right, we are talking about UFC 128 when Jones defeated Mauricio “Shogun” Rua.

Without a doubt, this was one of the biggest fights in the UFC’s light heavyweight division. It took place at the Prudential Center in Newark, New Jersey and it kick-started Jones’ championship reign of terror.

Rua spent 2009 and 2010 in wars against Lyoto Machida. They first met at UFC 104 where Machida earned a unanimous decision victory. The rematch took place at UFC 113 and Rua was able to knock Machida out in the first round to become the new light heavyweight champion. Fast forward almost a year later Rua would be making his first title defence against the up and coming phenom, Jon Jones.

After defeating guys like Stephan Bonnar and Brandon Vera early in his career, Jones set himself up against Ryan Bader to decide who was next to fight for the belt. Jones made quick work of Bader submitting him in the second round proving he was ready to fight for championship gold.

Jones opened the fight with a flying switch knee that clipped Rua’s chin but wasn’t able to knock him down. Most of the first round saw Jones on top of Rua showering him with the odd elbow. You could clearly see Shogun was gassing quickly.

The second round was much like the first. Jones was able to end up on top midway through the round and rode Rua until the bell, destroying him with elbows.

The third round proved that Jones was too much for Rua to handle. He rained down elbows onto The Brazillian, which eventually hurt him. Setting Jones up to end the fight with a TKO knee to make him the youngest UFC champion ever at the age of 23.

After becoming the youngest champion in UFC history Jones went on an incredible run. With title defences over names like Rashad Evans, Chael Sonnen and Daniel Cormier to name a few. Eventually, Jones had to vacate the title due to troubles with the law and some positive drug tests. Currently, he is back in action as the undisputed light heavyweight champion and one of the greatest mixed martial artists to set foot in the octagon.