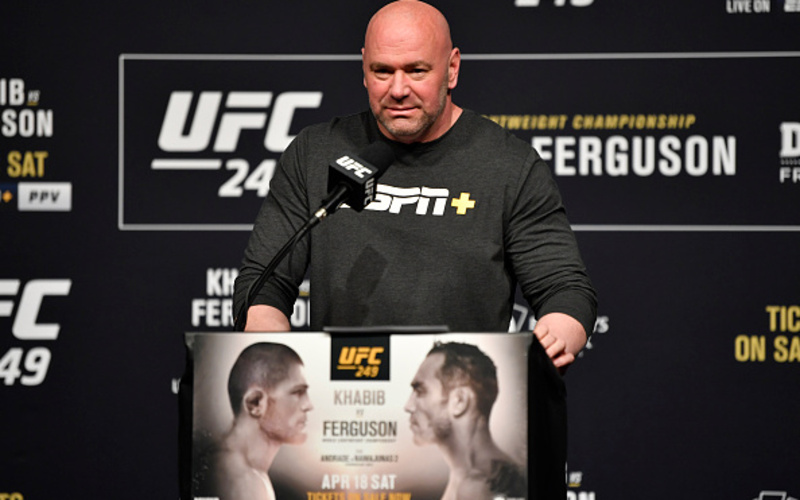 After efforts to keep the event afloat, UFC 249 has been officially cancelled, ESPN’s Brett Okamoto reports.

BREAKING: UFC 249 has been canceled. All UFC events postponed indefinitely, due to COVID-19. Dana White says he was ready to promote the event but things were taken out of his control. Much, much more on this to come.

Earlier in the week, it appeared that UFC 249 was going to go on as planned. UFC president Dana White announced a new main event and a revamped card set to occur at an undisclosed location. It was later rumored that location would be Tachi Palace in Lemoore, California, while White floated the idea of hosting fights on a private island. The idea of holding the event was controversial as soon as the COVID-19 epidemic spread. This led to UFC partners urging the organization to cancel events for the foreseeable future. It appears that White folded to those demands, leading to today’s cancellation.

This announcement follows today’s announcement from Rose Namajunas, who was scheduled to fight in the card’s co-main event. She pulled out of the event today after two of her family members recently passed away from the coronavirus. Our thoughts are with Namajunas during this tough time.

There is no word yet on whether or not more UFC events will be cancelled, and how these fights will be rescheduled. This announcement is sure to polarize fight fans. However, it is the responsible decision for the safety of the fighters, staff, and all workers for the UFC and the event.