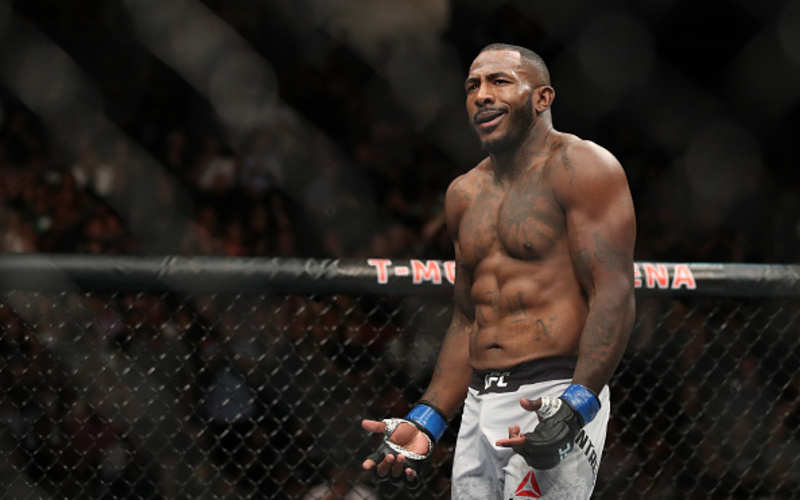 UFC light-heavyweight Khalil Rountree (8-4) vented his frustration over “fake news” in a personal message to fans on Instagram. In the last few days, Rountree has been rumoured to make his heavyweight debut against Greg Hardy at UFC 252. However, the thirty-year-old revealed that no bout agreement had been signed and that the fight was “nowhere close to confirmed”.

Rountree was irked by the broader MMA media jumping on the rumored bout agreement despite the fact he had had little contact with his agent or UFC matchmakers. He was particularly embittered by Combate reporter Raphael Marinho, who Rountree believes was one of those most culpable for the spread of this misinformation.

Rountree cited many reasons as to why the fight may not happen. ‘The War Horse’ is aware that due to the COVID-19 pandemic there may be travel issues for both him and his coaching team in return to Thailand, where Rountree is permanently based, without quarantine after the proposed bout. Rountree revealed that he would only make his heavyweight debut if he was able to keep healthy and strong, and would not rush into making a big jump in weight if his performance was compromised.

Despite this, followers of Rountree will have some renewed optimism in seeing him fight again. Rountree indicated that he would potentially be open to fighting at heavyweight in his “last fight”, but was unsure of what the future would hold for him after that. Rountree is a fan-favourite in the UFC as he combines genuine knockout power with impressive Muy Thai, making him a striking nightmare for any opponent.

For now, it would seem that Rountree’s potential return to MMA will take a little while. Khalil Rountree is angry at the pressure that these “fake news” rumours have put on him and feels that they have disturbed the peace that he has in Thailand.

Check out the full video below.