Let’s take a look at the UFC 252 prelims. The stage is set. The trilogy is upon us. UFC 252 will welcome the Heavyweight division in the main event on Saturday night. The Apex Arena in Las Vegas, Nevada will be the setting.

The current Champion Stipe Miocic will face off against former double champion Daniel Cormier in the rubber match. The winner will determine who will go down as the best UFC Heavyweight of all-time.H

Before all of that, UFC 252 will feature six undercard bouts where fighters will look to make a name for themselves on such a prominent event.

Herbert Burns is currently riding a 5-fight win streak with his last two coming in the UFC.

Burns found his way into the UFC after posing a 6-2 record in ONE FC and ONE Championship which earned him a call onto Dana Whites Contender Series where Burns submitted Darrick Minner with a triangle choke 2:29 seconds into the first round.

He has since finished both Nate Landwehr and Evan Durham via TKO and Submission respectively.

Daniel Pineda is set to make his octagon return since last competing in the promotion over 5 years ago.

After finishing his first two UFC fights via submission. “The Pit” went on to go 1-4 before being released after losing to Robert Whiteford back in March of 2014.

Since then Pineda has pinballed around promotions including Legacy FC, Bellator, LFA, Fury FC, and finally PFL.

Entering his return to the UFC at 26-13, Pineda has only made it to the final bell 7 times in his entire career. He’s finished all 26 of his wins with 8 TKOs and 18 submissions.

UFC strawweight veteran Felice Herrig will be making her eighth walk into the octagon on Saturday night as she faces former Invicta FC strawweight champion in Vima Jandiroba.

Since Herrig’s rocky start in the UFC, she has managed too but together a 4-fight win streak. Including the likes of Kailin Curran, Alexa Grasso, Justine Kish, and Cortney Casey.

Herrig has lost her last 2-fights in a row to Karolina Kowalkiewicz and Michelle Waterson.

Brazilian native Vima Jandiroba is prepared to grab her first big UFC win since joining the promotion back in 2018.

Jandiroba earned her call into the UFC after becoming the Invicta FC strawweight champion. Defeating Mizuki Inoue via split decision, Jandiroba then defended her belt against Janasia Morandin.

In April of 2019, Jandiroba earned herself her first big UFC fight against former strawweight champion Carla Esparza. Coming in as a late replacement, Jandiroba loss via unanimous decision

She bounced back after finishing Mallory Martin by rear-naked choke in the second round at the end of 2019 and hopes to continue her winning streak passed August. 11th.

The second former Invicta FC strawweight champion will be making her walk to the octagon Saturday night.

Souza is 4-1 since then getting her first two victories in the UFC before losing last summer to Brianna Van Buren bringing her overall record to 13-2.

Souza is a black belt in BJJ under Vinicius Maximo and Kieber Maximo with 8 of her 13 wins coming via submission.

Since joining the UFC after her run on The Ultimate Fighter, Ashley Yoder has gone 2-2.

She lost to Mackenzie Dern before bouncing back with 2 consecutive wins over Amanda Cooper and Syuri Kondo. After losing a very close split decision back in 2019 to Randa Markos, Yoder looks to get back into the winning column.

Jim Miller seems to be chasing all the accolades he can get. Millers last bout saw break Donald “Cowboy” Cerrone’s record of most Lightweight division victories in the UFC’s history.

Now, he’s chasing Cowboy’s record of 23 wins in the UFC in general currently sitting at 21 wins for himself. A victory over Vinc Pichel would get him that much closer.

The last year has been rather good for Miller. He lost a back and forth decision to Scott Holtzman followed by a first-round submission victory over Roosevelt Roberts.

His opponent, Vinc Pichel is a one-year senior to Miller but only poses a 12-2 record. The UFC late-comer made his debut in 2012 after winning two bouts on the first live season of TUF.  When he met Al Iaquinta in the semi-final, it didn’t go his way.

Pichel was awarded an opportunity from the UFC when he fought fellow promotion newcomer Rustam Khabilov and lost via KO in the first round.

Pichel has earned 5 UFC wins with the first two coming before a torn labrum and bicep sidelined him for three years.

In 2017, Pichel made his comeback by KO’ing Damien Brown in the first round. He followed up that by defeating Joaquim Silva.  Since then, he’s lost to Gregor Gillespie and most recently a win over Roosevelt Roberts last July. 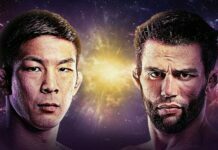