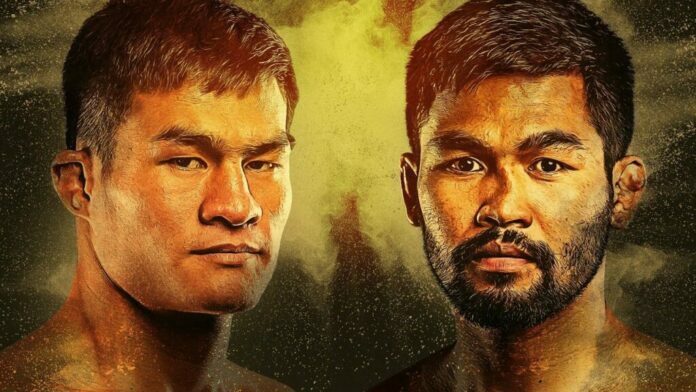 The main event featured the first of two semifinals in the ONE Bantamweight Muay Thai Tournament.

ONE: No Surrender II Recap

In the first semifinal, Saemapetch Fairtex bested Rodlek PK.Saenchai Muaythaigym by majority decision to advance. The two Thai athletes are now level at 2-2 in their careers against each other after Saemapetch’s smooth performance saw him have a strong start and finish in Bangkok.

Leo Pinto’s attempt to get one back against Venum Training Camp Thailand failed against Mehdi Zatout. “Diamond Heart” secured a unanimous decision victory to pick up another win in ONE Super Series action as he inches closer to the ONE Athlete Rankings.

40-year-old Akihiro Fujisawa netted the evening’s top finish with a first-round knockout against Pongsiri Mitsatit. After a left hook put Mitsatit to the canvas the first time, Mitsatit got over-aggressive when he returned to his feet. One more left hook put an end to the contest and put Fujisawa back in the win column.

Yodkaikaew Fairtex made an impressive debut in ONE with a knockout against John Shink. He was taken down multiple times, but Shink was unable to ever secure control. On the feet, it was all Yodkaikaewa.

In the opening contest, Fahdi Khaled put forth a dominant performance against Huang Ding. He continually pressed forward and prevented the Chinese athlete from getting into a rhythm and grabbed a unanimous decision.

ONE: No Surrender II Full Results

Akihiro Fujisawa def. Pongsiri Mitsatit by KO at 4:55 of the First Round

Yodkaikaew Fairtex def. John Shink by KO at 1:11 of the Second Round