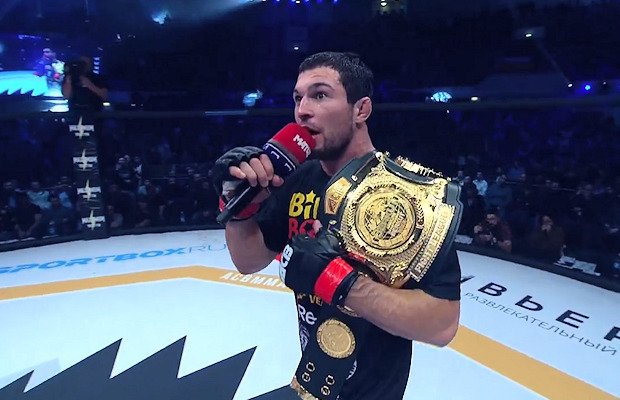 ACA is probably the biggest MMA organisation that the wider MMA community doesn’t often speak about. Russia’s largest MMA promotion was founded in a merger between ACB and the WFCA. Though relatively obscure, the promotion has boasted a slew of top fighters in its lightweight and welterweight divisions. The promotion frequently comes under fire for its ties to the Chechen dictator Ramzan Kadyrov, but a recent fight involving top lightweight Eduard Vartanyan has resulted in a different sort of scandal.

Long-running ACA fighter and former interim lightweight champion Vartanyan won a competitive but clear decision victory over Mukhamed Kokov. However, the promoter took to the stage to express his disagreement with that decision, and it was overturned to a no-contest. Doubtless, this is a bitter experience for Vartanyan, who will now be leaving the promotion and entering free agency. There are some allegations that the move to overturn the decision was prompted by Vartanyan’s decision to leave the promotion.

This is not the first time that the Armenian has been at the centre of judging controversy. Many observers scored Vartanyan’s rematch with Abdul-Aziz Abdulvakhabov as a decision victory for Vartanyan. However, he lost the fight by split decision. Vartanyan is not alone in potentially being the victim of promotional bias. Current UFC Bantamweight champion Petr Yan has but a single loss. This was a split decision loss in ACA’s former incarnation, ACB, to Magomed Magomedov. However, there are allegations that a point deduction for a headbutt was applied afterwards, in response to what would have been a majority draw.

There is a widely held scepticism towards combat sports promotions that use such tactics. Several years ago, ONE Championship was castigated for its handling of a controversial kickboxing match. In a shocking upset, kickboxing great Gorgio Petrosyan was defeated by Phetmorakot Petchyindee Academy. However, the fight result was overturned by ONE, citing clinch exchanges which it claimed had gone on for too long. The decision to overturn the fight was heavily criticised, believed by many to be motivated by Petrosyan’s greater value to ONE as a star.