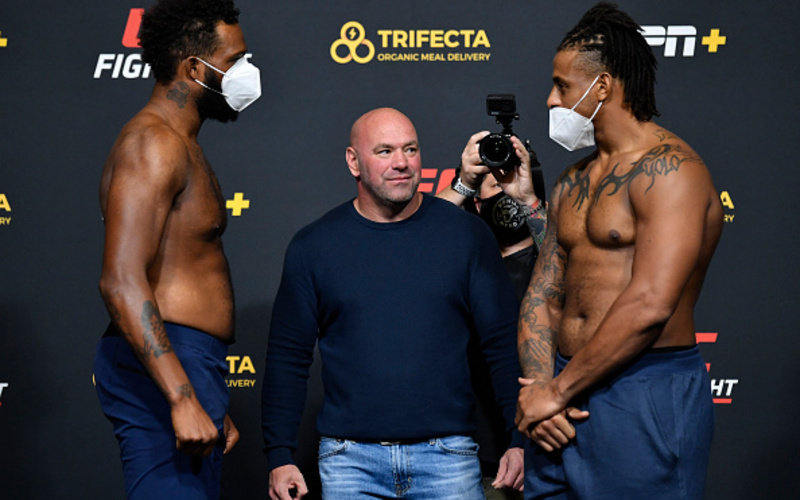 MMASucka staff picks are locked in. Later this evening, October 31 will see UFC on ESPN+ 39 (also referred to as UFC Fight Night 181) go down from the UFC APEX in Las Vegas, Nevada. The main card will begin live at 7:00pm ET (4:00pm PT) on ESPN+.

No picks from Thursday night’s Bellator 250 event were counted this week.

A must-watch main event is in store between middleweights Uriah Hall and Anderson Silva. Hall has shared both highs and lows throughout his time with the promotion, holding an 8-7 record since his TUF finale defeat to Kelvin Gastelum in 2013. The striking stylist will look to extend upon his two-fight win streak, most recently defeating TUF Brazil winner Antonio Carlos Junior. His opponent, former 185-pound king Silva, will make his final walk to the octagon tonight. The former champion will look to go out with a bang in search of his first victory since February of 2017.

Featherweights Bryce Mitchell and Andre Fili will scrap in the co-main slot. The undefeated Mitchell will look to continue his hype train following his dominant decision win over Charles Rosa in May. Team Alpha Male’s Fili will look for his tenth UFC win in his 16th promotional outing.

See all of our MMASucka staff picks for UFC on ESPN+ 39 further below.

Check out our UFC on ESPN+ 39: Hall vs. Silva staff picks below.

*Note: not all staff pick for every event*