What is the UFC’s Plan for Lauren Murphy? 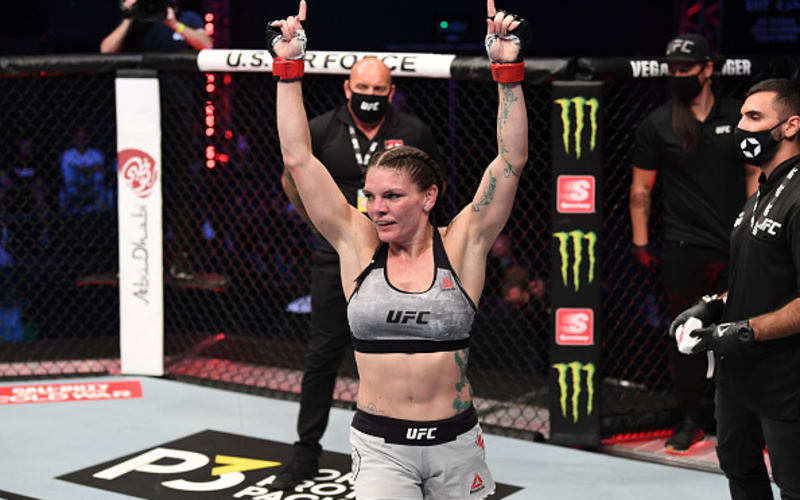 ‘Lucky’ Lauren Murphy is certainly a talent. Ranked #5 at 125lbs, this doesn’t give a fair representation of her ability. Those ranked above her haven’t been on the run that Murphy has. Coming off the back of her last win UFC 254 win, Murphy (rightfully so) called for a title shot. Winner of five of her last six, including two finishes, Murphy should be next in line.

After the introduction of former strawweight champion, Jessica Andrade to the division, things have been shaken up. Following a TKO victory over former title challenger, Katlyn Chookagian, Andrade is ranked #1. Chookagian is now set to face #4, Cynthia Calvillo at UFC 255. Lauren Murphy, on the other hand, was scheduled to face Calvillo at UFC 254, but Calvillo had to withdraw.

What doesn’t make sense is that Lauren Murphy cut a brilliant promo after her UFC 254 victory, calling for a title shot, but supposedly accepted a fight against Calvillo at UFC 256. What she also stated is that this fight would be a #1 contenders bout. This one clearly hasn’t materialised with Chookagian set to face Calvillo.

All of this is unclear and will obviously not be made any clearer until UFC 255. Champion, Valentina Shevchenko takes on Jennifer Maia (who is on just a one-win streak). No one is giving Maia much of a chance in this one, with some bookies having Shevchenko as big as a -1250 favourite. If (and it is a very big if) Maia can pull off the upset, it’s likely ‘Bullet’ with gain a rematch.

The obvious thing is that Lauren Murphy deserves a title shot at whoever the champion is after UFC 255. Putting the Chookagian and Calvillo fight aside, the only other contender is Andrade. If the UFC really don’t want to give Murphy a shot at the belt immediately, a #1 contenders fight between Murphy and Andrade is the fight to make.

All will be revealed at UFC 255 and expect a certain ‘Lucky’ Lauren murphy to be watching very closely.