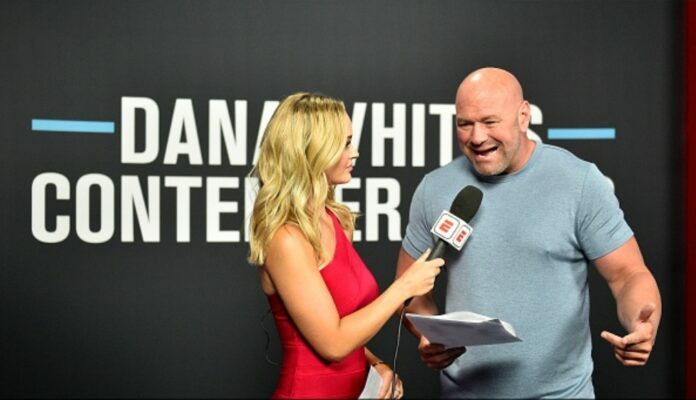 Dana White’s contender series is back with another jam-packed, five-fight card. We have your DWCS Week 9 results live at MMA Sucka. Landon Quinones withdrew from his fight with Shaheen Santana therefore, Shaheen Santana will be taking on Natan Levy in the co-main event.

The card will be headlined by 8-0, Mariusz Ksiazkiewicz taking on 11-1, Mario Sousa. The card will also feature Titan FC veteran, Danny Sabatello taking on Taylor Moore. It’s a clash of middleweights with a very impressive combined record of 19-1. It’s one of the more highly anticipated fights in recent DWCS memory.

Luana Pinheiro will be fighting Stephanie Frausto in a strawweight bout in the second fight of the night. Pinheiro is a pretty big favorite at the sportsbooks. The Brazilian will be looking to make the permanent move from Brave CF to the UFC.

Week 9 will also be featuring Nikolas Motta who appeared on the Ultimate Fighter Brazil season four. He will be taking on former CFFC lightweight champion, Joseph Lowry. Lowry fought in the Dana White Contender Series back in 2018. He lost to Devonnte Smith in 2018. He will be making his second attempt to earn his UFC contract tonight.

Sousa was able to land big shots every single time the fight was on the feet. Ksiazkiewicz showed great grappling but was unable to finish the fight on the ground.

Natan Levy def. Shaheen Santana via submission (arm triangle) in the third round.

Both men looked sharp in their striking. Levy showed great takedowns and great Jiu-Jitsu against a great grappler in Santana. In the third round he landed a takedown that he turned into a are triangle choke for the finish.

Both men fought their hearts out. Motta had the more powerful shots for the first few rounds. Lowery looked like he could have had a broken nose in between the second and third round. He was able to finish the third but was still slightly out struck in the last round.

Luana Pinheiro def. Stephanie Frausto via TKO in the first round.

Luana Pinheiro has some heavy hands. Quickly in the first round her hands found a home and she was able to put Stephanie Frausto away.

Danny Sabatello’s wrestling was too much for Moore. Sabatello was able to dominate every round. This fight was all trash talking and wrestling.

Natan Levy, Luana Pinheiro, and Nikolas Motta all won contracts. Dana White almost passed on Motta but ended up giving him a shot since he took the days on 20 days notice.