Former Olympian Kayla Harrison remains undefeated as she won in emphatic fashion at Invicta FC 43. Harrison, the PFL featherweight, was allowed to fight under the Invicta FC banner while their season remains postponed. She improved her record to 8-0 after defeating Courtney King in the 2nd round by TKO.

In the 1st round, Harrison was able to get the fight to the ground where it was clear she had the upper hand. Shades of the great Georges-St. Pierre, Harrison was able to land numerous vicious elbows inside of King’s guard that opened up a horrific cut. She was unsuccessful in securing an armbar as the first round came to a halt. A ringside physician checked on King’s cut and allowed the bout to continue.

As the 2nd round started, the fight stayed on the feet. Both women exchanged shots, but that quickly changed after Harrison was able to secure another takedown. The American Top Team standout was able to get King in the crucifix position where she landed a barrage of left-hands leading to a stoppage victory.

Kayla Harrison has expressed her displeasure with cutting weight in the past. However, in her post-fight interview with Laura Sanko, she expressed her desire to continue at 145lbs moving forward. She also stated that she would like to return to the Invicta FC promotion before she completes her contractual obligations to the Professional Fighter’s League.

Invicta FC does not have an event officially scheduled for the remainder of 2020. PFL announced recently that they will return in April of 2021. At that time, Harrison is expected to compete in the April 23rd event. An opponent has not been announced for either of Harrison’s next two fights. A future for Harrison is likely outside of the UFC due to the lack of depth in the women’s featherweight division. Stay up to date with mmasucka.com as we keep you covered on all things Invicta FC and Profesional Fighter’s League. 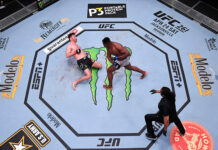 MMA In 2021: How Has Each Promotion Fared 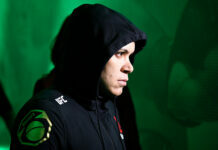 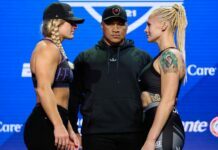