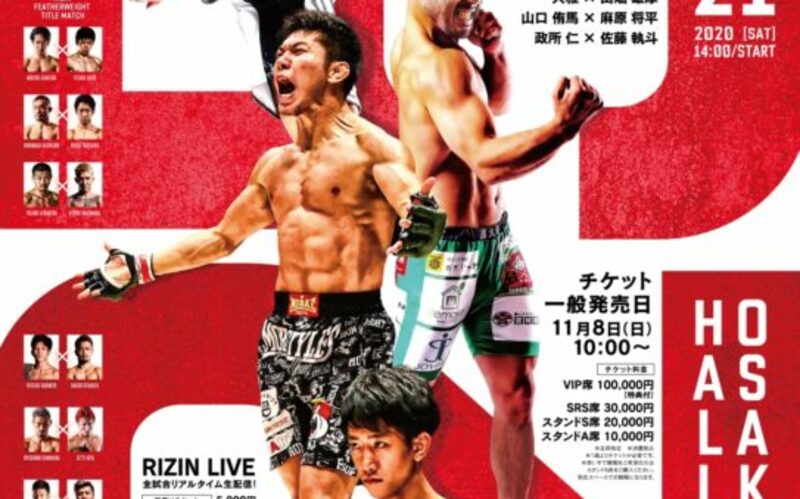 RIZIN once again returns Saturday in all its soccer kicking goodness. RIZIN 25 will be live from Osaka-Jo Hall with a main event that will cement their first featherweight champion. Follow along as we provide you with RIZIN 25 results as the action goes down.

Mikuru Asakura (13-1), the fan-favorite fighter turned extremely popular Youtuber, will be returning to the RIZIN ring since February of this year. He will be taking on Shooto featherweight champion Yutaka Saito (18-4-2). Saito had an amazing, brutal soccer kick knockout of Kazumasa Majima at RIZIN 23. Asakura has been undefeated in his RIZIN tenure and has been dominant in all his fights. Both fighters have never been finished in pro MMA competition.

In the co-main event, Hiromasa Ougikubo (20-5-2) returns taking on Kenta Takizawa (11-5). Ougikubo is hoping to get back in the winning column. In his last fight he took on RIZIN bantamweight champion Kai Asakura in a title match. Ougikubo lost in the first round by TKO. Takizawa made his RIZIN debut at RIZIN 23 beating Kintaro in a close split decision.

RIZIN 25 airs live from Osaka-Jo Hall Saturday, November 21 at 12:00 am EST. To watch RIZIN 25, go to RIZIN Live, RIZIN’s official streaming platform. The cost of the show is around $50 USD.