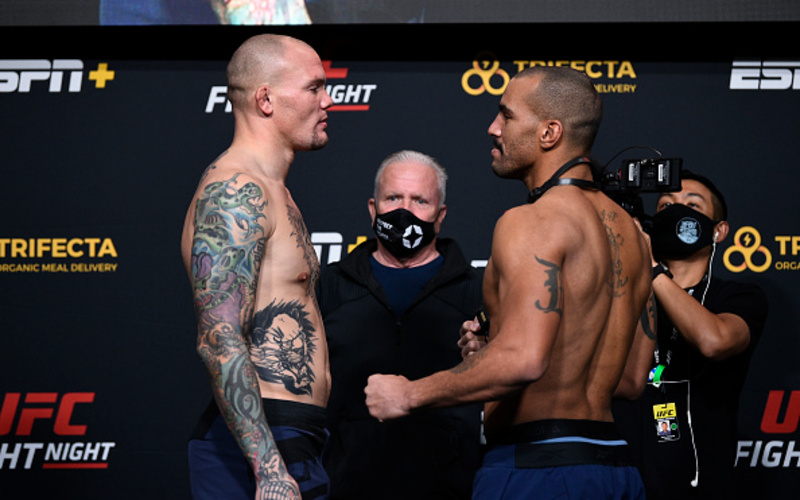 Even with a last minute change at the top of the card, UFC on ESPN 18 moves right along. Instead of the originally-scheduled heavyweight main event between Curtis Blaydes and Derrick Lewis, fans will see the show headlined by a light heavyweight showdown between Anthony Smith and Devin Clark. Despite the late notice change, the new main event will still be five rounds.

The new co-main event will be a welterweight bout between heavy-handed striking prospects Miguel Baeza and Takashi Sato. Both the Pancrase vet in “Ten” Sato and the Dana White Contender Series alum in “Caramel Thunder” Baeza are coming off of TKO wins over Jason Witt and Matt Brown, respectively. The winner will surely get a higher-profile opponent next.

The night’s only fighter making their UFC debut is Josh Parisian. The two-time Dana White Contender Series vet and TUF 28 contestant finally finds his way into the Octagon, and is set to face Parker Porter in a heavyweight feature bout.

The main card will also feature two intriguing featherweight matchups, with Spike Carlyle taking on Bill Algeo and Jonathan Pearce facing Kai Kamaka III. Both fights feature fighters that are known to bring a ton of action to the Octagon.

Be sure to stay tuned to MMA Sucka to get up-to-date results for UFC on ESPN 18.

*Norma Dumont Viana missed the bantamweight limit, weighing in at 139.5 pounds. She will be fined 30 percent of her purse.