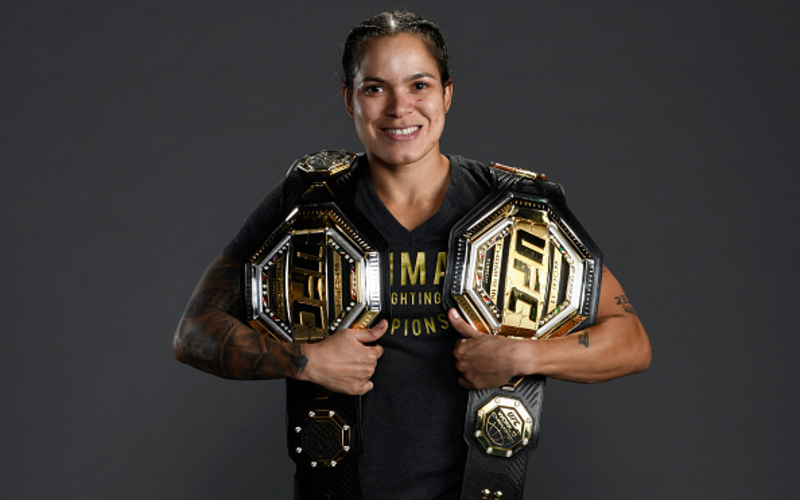 MMA is not only dominated by men. Although it started and was known to be a man’s sport, women have started to invade the sport. These women are a great example that women can also do what men can. For years now, it has become a norm for everyone, especially MMA fans, to see women fight in the octagon like men.

As this sport’s events continue, more and more women are becoming engaged with this sport both in the octagon and at home, supporting their favorite fighter. To give you an update of who amongst these women are the best, here is the latest ranking of the MMA women’s class this year.

She has a total of 20 wins and four losses in her entire UFC career. Nunes is nicknamed the “Lioness” as she portrays the dominance and strength of a lion, with many dubbing her as the greatest women fighter of all time. She is the must-watch fighter in the UFC women’s class due to her spectacular performance in the octagon.

Zhang Weili is in the strawweight division of the Women’s class in UFC. She has a record of 21 wins and one loss. Weili is a Chinese fighter who had a long and difficult journey before she reached stardom.

After she won against Jessica Andrade from Brazil, Weili became the first Chinese woman to become a UFC world champion. She truly is a pride of her country, and she continues to be as she once again defeated Joanna Jedrzejczyk last March 8 in Las Vegas.

Valentina Shevchenko is a Muay Thai specialist who defended her UFC flyweight title last November 21 after defeating the contender, Jennifer Maia. She has been the 125-pound weight class champion since she defeated Jedrzejczyk last 2018.

Shevchenko was out of the game for a good nine months due to an injured medial collateral ligament that she acquired with her fight against Katlyn Chookagian. When she returned, she proved to the UFC League and their fans that even though she suffered an injury and was out for a few months, she still got the power to dominate her opponents.

Namajunas was the strawweight champion until Jessica Andrade stole the title from her last 2019. She was devastated but still did her best to become better. Namajunas was given a chance to make up for the setback and won via split decision over Andrade in their rematch last July.

Jessica Andrade is in a three-weight class in the UFC: the Bantamweight, Flyweight, and Strawweight. She exhibited a dangerous win over Rose Namajunas via Knockout, where she stole the strawweight title from Namajunas.

However, on the scheduled rematch with Namajunas, the former titleholder had her revenge and reclaimed it. But what stayed in every fan’s and expert’s minds is how she knocked out Namajunas in their first match, as Andrade portrays a dangerous and scary win.

Other Notable Women in the UFC

Here are other extraordinary women in the UFC who ranked in the sixth to fifteenth place:

Betting in the UFC

If you are betting for UFC, it is best to research some more UFC Betting information before placing a wager. Besides knowing who the top-ranked women fighters are, you’ll know which fighter ranked the highest on the betting websites to compare it with the list provided.

Keep in mind that the UFC is not only based on the overall performance of the fighter. Luck is also a factor in the match’s results. No matter how good you are in this sport, if luck is not on your side, you’ll end up lying flat on the mat.

Each woman in the UFC had undergone difficult training before they became who they are today. MMA is not an easy sport. It is a brutally physical sport that can put each fighter’s life in danger. But despite the background of this sport, women can still manage to be on top.