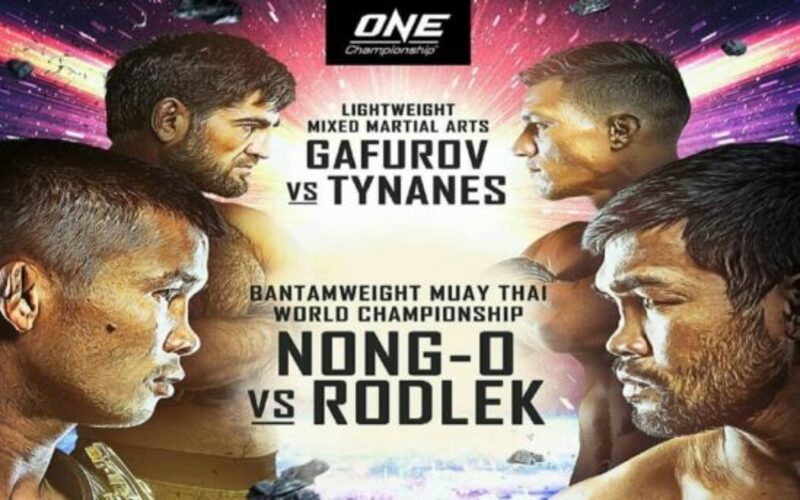 ONE Championship returns to Singapore with ONE: Collision Course on Friday, December 18, with two World Championship main events leading the way.

Filling out the undercard will be four top-notch mixed martial arts affairs.

The two flyweight bouts to close 2020 should set the tone for the division in the new year, which will see Demetrious Johnson challenge Adriano Moraes in the first quarter as the division continues to deepen with talent.

Bantamweight contenders Yusup Saadulaev and “Pretty Boy” Troy Worthen will also do battle in the hopes of staking their claim at a title shot against Bibiano Fernandes.

Saadulaev is currently third-ranked in the division as Worthen hopes to break through while keeping his professional record unscathed against the Russian. Worthen has shown incredible progression during his stint in ONE and has moved back to the United States to train at Sanford MMA under the watchful eye of Henri Hooft.

The action does not end there.

In the final mixed martial arts contest, undefeated lightweight Lowen Tynanes returns against former ONE Featherweight World Champion Marat “Cobra” Gafurov. The two talented athletes could steal the show and send the winner closer to contention for Christian Lee and his championship strap.

Tynanes has been out of action since January 2019 when he breezed past Honorio Banario at ONE: Hero’s Ascent. A similar performance against Gafurov will quickly reinsert him into the title picture.

Singapore is ready to host another star-studded event that will be filled with fantastic showcases and powerful performances.