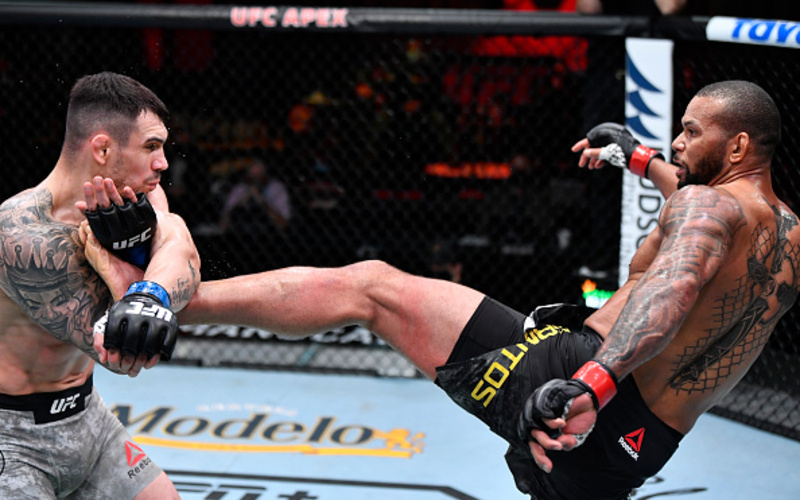 Aleksandar Rakić and Thiago Santos kicked off the incredible UFC 259 card tonight with a clash of top-five ranked light heavyweights. You can follow along with all the results right here. It’s been a great night so far as the preliminary fights really delivered.

Thiago Santos entered the fight ranked second in the UFC’s 205-pound division. Aleksandar Rakić was ranked fourth. Most felt this fight wouldn’t need judges as they are both heavy-handed strikers and folks were expecting a knockout. Well, it never came.

For three rounds the two sluggers stood and traded shots. It was slow and plodding at times, and despite most believing it was a great fight to kick off the PPV, it failed to deliver on a ton of compelling action. In the end, Rakic did enough to earn the unanimous decision. Santos seemed upset, but he didn’t do enough to push the action and win the fight.

You have to wonder if the victory was enough to earn Rakic a title shot against the winner of tonight’s main event contest between Jan Blachowicz and Israel Adesanya. After the fight, Rakic had the following to say. “There was no way I would lose this fight. I worked so hard. I’m sorry I could not (show it to you).” He added, “Thiago is a sledgehammer, he throws wild, wild punches, the gameplan was to keep distance and damage the legs and the knee.”