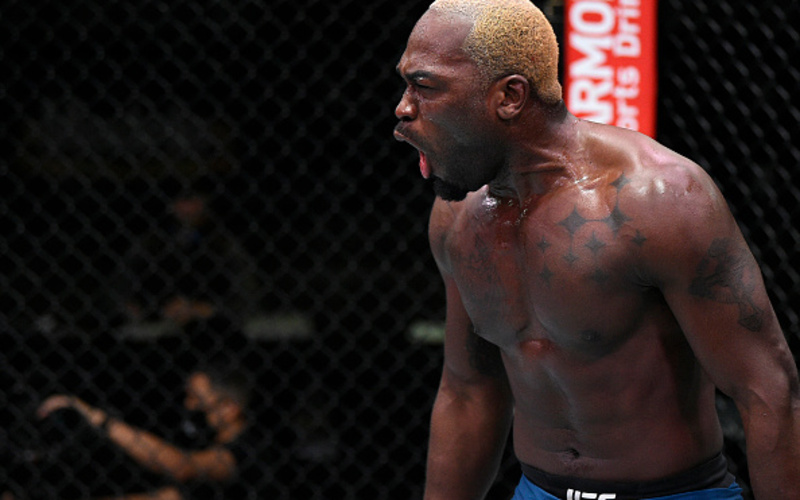 UFC Vegas 22 is headlined by a middleweight bout between Derek Brunson and Kevin Holland. Both men are on significantly different career trajectories, with Brunson being seen as a perennial gatekeeper whilst Holland is on the hot streak of his life. On a night with title implications, here are some UFC Vegas 22 betting tips to help you win big this weekend.

What can be said about Kevin Holland (21-5), the winner of the MMA Sucka UFC breakout star of the year award? Holland went 5-0 in 2020 and will be looking to establish himself as a title contender with a win over Brunson (21-7) on Saturday night.  After knocking out Ronaldo Souza from the bottom, Holland has proven himself as dangerous anywhere in the octagon. Holland is an excellent striker with incredibly fast hands and one-shot knockout power. “Trailblazer” will be confident coming into this bout that he will be able to hand Brunson the sixth knockout loss of his career.

However, as proven on multiple occasions, Brunson will not roll over and allow the UFC to create a star at his expense. In his last bout, he dominated the highly rated Edmen Shahbazyan to truly derail the prospect’s hype train. Brunson is a well-rounded fighter and would be best served to pressure Holland in order to force wrestling exchanges. Brunson is a three-time Division II All-American wrestler and will find success if he is able to maintain top position against Holland.

Brunson has a wealth of five-round experience, whereas Holland looked to have faded in the third round against Brit Darren Stewart.  Brunson will also know that he has more paths to victory than his opponent. Considering the fact that the North Carolinan has beaten far more prestigious opposition, such as Uriah Hall and Lyoto Machida, Brunson carries phenomenal value as an underdog and is the top highlight of these UFC Vegas 22 betting tips.

Trevin Giles (13-2) takes on Roman Dolidze (8-0) in another middleweight matchup. Dolidze is stepping in on short notice for Dricus Du Plessis, who is out of this contest due to visa issues.

Trevin Giles came into the UFC with a lot of potential but put in some disappointing performances in submission losses to Gerald Meerschaert and Zak Cummings. Despite this, Giles is a serial finisher and before his loss to Cummings was riding a nine-fight finishing streak. Lewis has very solid takedowns and slick submissions but showed against James Krause that he has the striking acumen to compete with the best of the division.

Dolidze has cut down from the light heavyweight division, so it will be interesting to see if his athleticism translates after the weight cut. Dolidze’s striking is relatively ineffective, usually utilizing low-percentage spinning strikes instead of actually damaging basic combinations. Giles is the more reliable striker and if he does not get caught by a huge shot, should dominate the standing exchanges. Although Dolidze will be shooting for takedowns, Giles has sufficient wrestling ability to prevent himself from being pinned to the matt too many times. This is all dependant on Giles coming into this one with a good gameplan, namely, not forcing any grappling exchanges. Despite this, Giles is the better fighter here and carries good value as another underdog, making him the final choice of these UFC Vegas 22 betting tips.

Those were our UFC Vegas 22 betting tips. Who are you betting on this evening?

Thanks for reading these UFC Vegas 22 betting tips! Stay tuned right here at MMA Sucka for more live streams as well as videos highlighting the top fighters, commentators, coaches, promoters, and other names in MMA and combat sports. We also bring you great offers on the latest MMA products and merchandise. You can also subscribe to our YouTube channel for regular updates and all the latest fight news. You can also check out our sister site, at TheFightBuzz.com for the latest from the world of MMA and other combat sports.
Comment on this article
Give us feedback