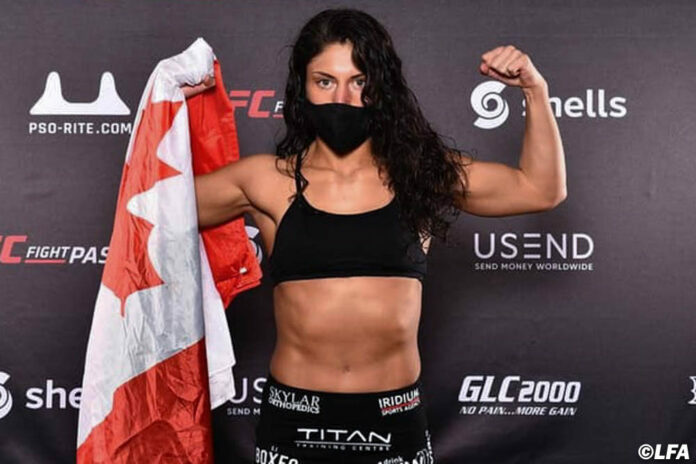 British Columbia’s own Lupita Godinez has signed a multi-fight deal with the UFC.

MMASucka.com learned from sources close to the promotion.

Godinez (5-0) earned the contract after a dominant performance at LFA 94, where she earned the 115-pound championship against Vanessa Demopoulos.

Godinez will face Jessica Penne in just two weeks’ time at UFC on ESPN 22 according to MMAJunkie.com.

Penne (12-5) was expected to face Hannah Goldy at UFC 260 this past Saturday. The bout was then rescheduled for April 17, however, Goldy was forced to withdraw from the contest. This will be Penne’s first Octagon appearance in nearly four years.

British Columbia’s own Lupita Godinez has signed a multi-fight deal with the UFC.