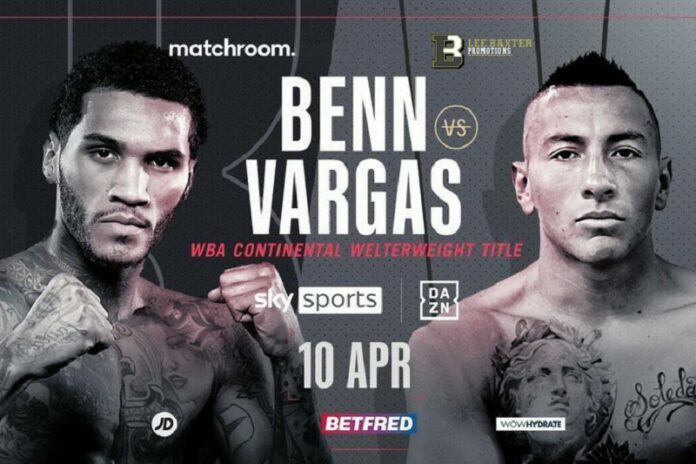 Conor Benn is back in action this Saturday in what will be the biggest test of his career. Taking on Samuel Vargas, Benn looks to continue his undefeated start to his boxing career and capture the WBA continental welterweight title at the same time. Further down the card, we have Savannah Marshall back in action, taking on a short notice opponent and one of the most undeserved title fights between two women who are no where near world level.

The main event sees the return of ‘The Destroyer’, Conor Benn. At 17-0 with 11 knockouts, the 24-year-old son of former WBC super-middleweight champion, Nigel Benn is a massive prospect in the welterweight division. Most recently, Conor Benn outboxed the game German, Sebastian Formella. A victory against Vargas would set Benn up for a huge 2021 and with a potential fight with Josh Kelly seemingly out of question, Benn will look to make the step up to world level soon.

Samuel Vargas is no stranger to big fights. The Colombian has been in there with Errol Spence Jr, Danny Garcia, Amir Khan and most recently, Vergil Ortiz Jr. Although on each of these occasions he came up short, Vargas gained valuable experience in each bout, being the first man to take Otriz Jr past six rounds.

One of Britain’s best-kept secrets, Savannah Marshall returns to action on Saturday night. Undefeated at 9-0 with seven knockouts, Marshall is the one person who could cause Claressa Shields problems. We know this because she already has, back in 2012 as an amateur. She defeated Shields in the 2012 world championships. Most recently, Marshall dominated Hannah Rankin to a seventh-round stoppage to win the WBO belt.

Her opponent was scheduled to be Femke Hermans, however, COVID-19 played havoc with the bout, meaning Maria Lindberg steps up on short notice. Despite a reasonable record, sitting at 19-6-2, Lindberg hasn’t beaten anyone with a winning record since 2015. Christina Hammer is the biggest name that she’s fought, however, she was beaten 100-90 on all scorecards.

Expect Marshall to dominate this one and get it done within the distance. Hopefully, this will set up a fight between her and Shields at some point later in the year.

Further down the card, we have an interesting scrap between Alexander Espinoza and Ukashir Farooq. With a combined record of 34-3, these two always come to fight and will look to put on an entertaining fight. Don’t expect a finish as none of these men have huge knockout power, but the winner of this one can position themselves for an exciting 2021.

We also have a fight for the vacant WBA female bantamweight title. The fight itself makes sense, two women with little experience face off to see who can make the step up to either commonwealth or possibly world level. The issue here is that the WBA have sanctioned the bout to be competed for their vacant belt.

Shannon Courtenay is just 6-1 and is only enjoying a one win run, having lost out to Rachel Ball in August 2020. She only made her debut in 2019 and has just seven professional fights.

Courtenay’s opponent on the Conor Benn undercard is Ebanie Bridges. Bridges herself has just five professional fights, winning all of these. She was last in action in March, where she defeated her opponent over eight rounds. Bridges is yet to face an opponent with a winning record so this tells you all you need to know about her experience. This isn’t a bad fight at all, but it certainly shouldn’t have a title on the line.

The fight does have some bad blood attached to it which is arguably its main selling point. These two women don’t like each other and will come to scrap it out for the WBA belt. 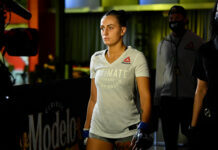