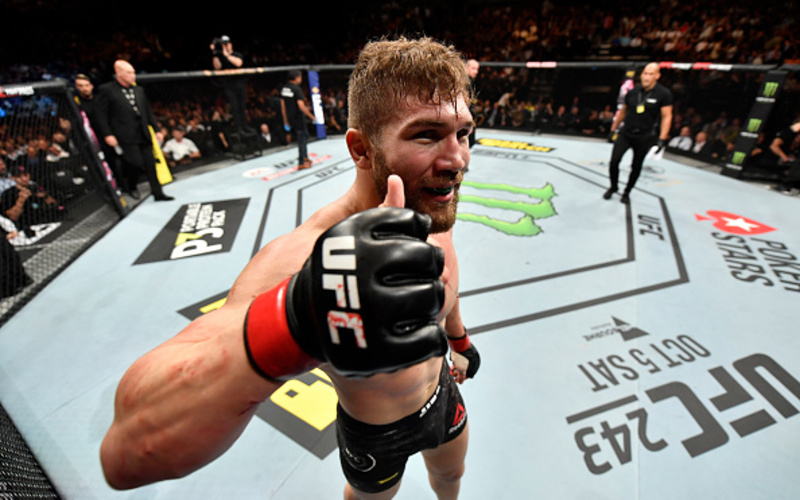 UFC Vegas 25 takes place at the UFC Apex this weekend. Jiri Prochazka takes on Dominick Reyes in the main event of the evening, and the headliner will certainly have title implications in the light heavyweight division. That being said, here are two European highlights to back in these UFC Vegas 25 betting tips.

Ion Cutelaba (15-6) takes on Dustin Jacoby (14-5) in a bout that guarantees fireworks. Cutelaba is looking to return to the win column after two straight losses whilst Jacoby is trying to make it three straight victories inside of the octagon.

Cutelaba is a bona fide madman and has faced far more impressive opposition than Jacoby. The Moldovan is always entertaining inside and outside of the cage and will look to blitz his opponent with his heavy hands. Twelve of his fifteen victories have come by way of knockout and he will be looking to add to that total with what would be Jacoby’s second career KO loss. Cutelaba is a fast starter and will be very dangerous in the opening round. However, as the fight goes on “The Hulk” will be best served to try and wrestle his opponent in order not to blow out his own gas tank.

However, Dustin Jacoby is a former Glory kickboxer and no slouch on the feet himself. The American is the more measured striker and will be most concerned with the opening act of the fight when it comes to the striking battle. However, as a kickboxer by trade, Jacoby will likely struggle with the raw physicality of Cutelaba when it comes to the wrestling exchanges.

Therefore, it simply seems that Cutelaba has more paths to victory. Although he is inherently unpredictable, closing as a small favourite makes him a solid first choice for these UFC Vegas 25 betting tips.

Both Krzysztof Jotko (22-4) and Sean Strickland (22-3) are on three fight win streaks. However, one man’s run will come to an end on the main card of this weekend’s fights.

Strickland has chosen to move back up to 185lbs in order to utilise his speed advantage over the rest of the middleweight division. The decision seems to have paid dividends, with his boxing looking cleaner than ever in recent bouts. Strickland comes into this bout with more momentum and will be confident that he will be able to outstrike his opponent, particularly by utilising his stiff jab.

Jotko’s victory over Eryk Anders has aged very well and was evidence that the Pole’s kickboxing has not missed a beat. As such a significant underdog there is a lot of value in him causing the upset. Jotko has the potential to take advantage of Strickland’s defensive weaknesses on the feet, and if he is able to stick and move he could very well touch his way to a decision victory. Although in an ideal world he would shoot for takedowns against Strickland, it is unlikely that he will have the wrestling prowess to do so. Therefore, Jotko is the second pick of these UFC Vegas 25 betting tips.

Thanks for reading these UFC Vegas 25 betting tips! Stay tuned right here at MMA Sucka for more live streams as well as videos highlighting the top fighters, commentators, coaches, promoters, and other names in MMA and combat sports. We also bring you great offers on the latest MMA products and merchandise. You can also subscribe to our YouTube channel for regular updates and all the latest fight news. You can also check out our sister site, at TheFightBuzz.com for the latest from the world of MMA and other combat sports.
Comment on this article
Give us feedback