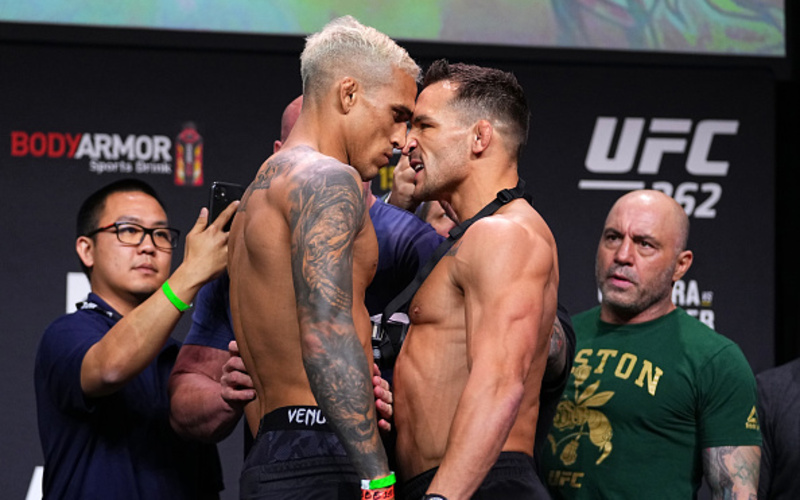 Entering the fight, Oliveira has won his last eight straight fights. Last year, he went 2-0 with a submission win over Kevin Lee and a unanimous decision win over former interim champion Tony Ferguson. As for Chandler, he has won his last three straight, making his UFC debut earlier this year at UFC 257. In that fight, he finished Dan Hooker by TKO in the first round to earn his shot at the vacant title.

UFC 262’s co-main event will feature another great lightweight match up as Tony Ferguson faces off against Beneil Dariush. After putting together a twelve fight win streak that lasted about six years, Ferguson is coming off the first back-to-back losses in his career. The first of those losses was in his second interim title match up, losing to Justin Gaethje by fifth round TKO. He would then go on to suffer a unanimous decision loss to Charles Oliveira.

Coming into his co-main event with Tony Ferguson, Beneil Dariush has won his last six straight fights. Over that span, he has picked up two submission wins over Frank Camacho and Drew Dober as well as two KO finishes over Drakkar Klose and Scott Holtzman. In his most recent fight, Dariush picked up a split decision win over Carlos Diego Ferreira at UFC Vegas 18. Extending his win streak to seven with a win over Ferguson would surely put Dariush in the top five of the division.

Kicking off the main card will be a featherweight fight between Shane Burgos and Edson Barboza. Burgos enters the fight with a 3-1 record in his last four fights. He picked up notable wins over Cub Swanson and Makwan Amirkhani over that time but suffered a unanimous decision loss to Josh Emmett in his last fight. Barboza holds the opposite record in his last four at 1-3 with losses to Dan Ige, Paul Felder and Justin Gaethje. In his last fight, he picked up a win over Makwan Amirkhani by unanimous decision.

In the next fight, flyweight contenders Katlyn Chookagian and Viviane Araujo face off in a top ten match up. Chookagian enters the fight with a 1-1 record in her last two as she lost by TKO to Jessica Andrade before going on to defeat Cynthia Calvillo by unanimous decision in her last fight. As for Araujo, she enters the fight having won her last two straight fights. Both those wins came by unanimous decision as she defeated Montana De La Rosa and Roxanne Modafferi.

Finally, before the co-main event will be a bantamweight fight between Matt Schnell and Rogerio Bontorin. Schnell is 1-1 in his last two outings as he suffered a knockout loss to Alexandre Pantoja before picking up a win in his last fight over Tyson Nam. Bontorin, on the other hand, will be entering the fight coming off two straight losses. The first of those was a unanimous decision loss to Ray Borg. He would then suffer a knockout loss to Kai Kara-France in his last outing.

Follow along with MMASucka as we provide you with UFC 262 results throughout the card.