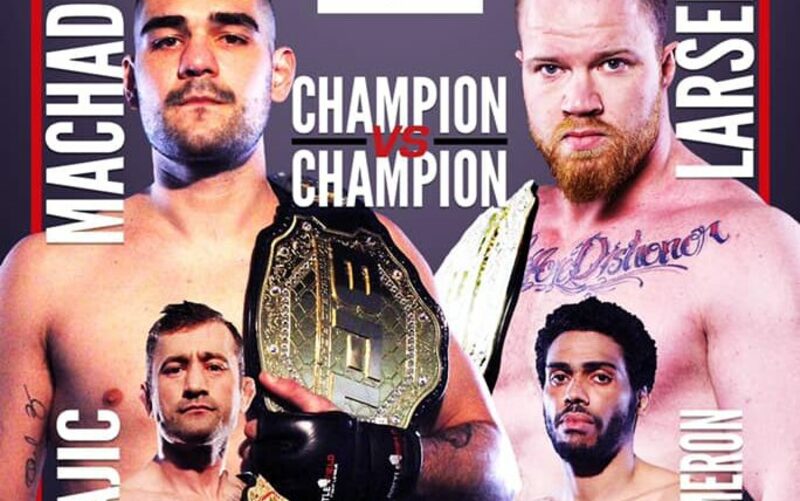 Battlefield Fight League returns on Friday night and we will have full BFL 67 results for you all night long.

BFL 67 results as they happen

Live from British Columbia, the promotion will have a 12-fight card with four fights airing on the promotion’s YouTube page and the eight-fight main card will air live on UFC Fight Pass.

In the main event two champions square off to prove who the top Canadian heavyweight outside a major promotion is. BFL champ Caio Machado will step inside the cage against the Unified MMA champ Christian Larsen.

The welterweight championship is up for grabs in the evening’s co-main event, as kingpin Dejan Kajic takes on rising prospect, undefeated Kyran Cameron.

Check out full BFL 67 results below.

Dejan Kajic def. Kyran Cameron via TKO (Strikes) at 3:29 of Round 1 – Welterweight Championship

Ivan Hryshchuk def. Gordon Cunningham via TKO (Strikes) at 3:14 of Round 2

Gio Platon def. Matt Hovorka via Submission (Rear-Naked Choke) at 1:23 of Round 1

Nicolas Ouellet def. Kevin Bastien Popowick via Submission (Triangle Kimura) at 3:39 of Round 1

Taylor Christopher def. Abderrahmane Haddad via Submission (Rear-Naked Choke) at 3:25 of Round 2

Jonathan Broad def. Dylan Schellenberg via TKO (Body Kick & Strikes) at 0:14 of Round 3

Mike McAloon def. John Nguyen via Submission (Rear-Naked Choke) at 4:36 of Round 3

Jackie Maclean def. Maria Demers via Submission (Rear-Naked Choke) at 3:18 of Round 1