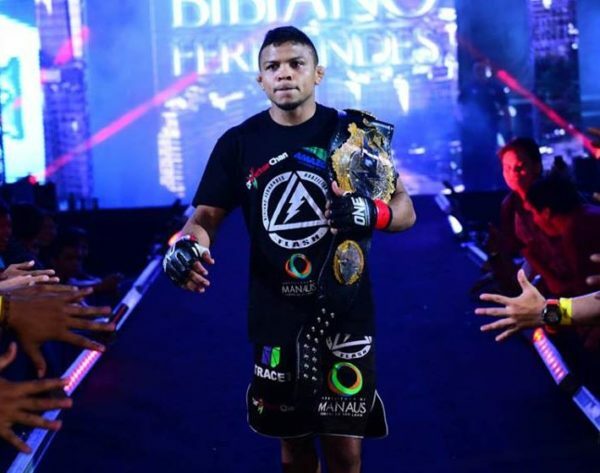 ONE Championship has had an exciting first half of 2021 with new eras beginning and champions asserting their dominance.

Who’s Next for the ONE World Champions?

But who’s got next? Which challengers are surging up the ranks, and what title tilts are undeniable? The second half of the year may supply fans with the most exciting collection of championship bouts with a host of possible matchups that would make anyone drool.

Let us take a quick look at each division in ONE and identify the up-and-coming challengers to the gold.

“Unstoppable” Angela Lee is undefeated at atomweight and has welcomed her beautiful baby girl. The talented champion will have a challenger sooner rather than later as ONE launches the ONE Atomweight World Grand Prix.

The next woman up for “The Panda” Xiong Jing Nan is also an easy answer — because it was already booked.

Although ONE: Empower had to be postponed, the main event was slated to be Xiong defending the crown against submission ace Michelle Nicolini. Other rising contenders that could be a threat soon are Ayaka Miura and Jenelyn Olsim.

The strawweight king has three ranked contenders who all would be worthy challengers for his belt. At the top of the heap is #1-ranked contender Yosuke Saruta. The two have split their previous two contests, and Saruta is back in the win column to assert where he stands in the division. Is a trilogy in order?

If not, rising stars Bokang Masunyane and Hiroba Minowa are also intriguing options. Minowa is on a six-bout streak while Bokang is an undefeated 8-0 in professional contests. The strawweight division is getting deeper by the day, and Pacio has contenders waiting in the wings.

Adriano Moraes stunned the mixed martial arts world with his second-round knockout of Demetrious Johnson. But what’s next for the Brazilian after that star-making finish of a legend?

#4-ranked contender and former divisional king Kairat Akhmetov is charging his way back into contention with three straight victories. Not to be outdone, #3-ranked Yuya Wakamatsu has four wins in a row, including his most recent over #5-ranked Reece McLaren. Also in the mix is #2-ranked Danny Kingad, who sits with a victory over Xie Wei.

Should Johnson return to form in his next ONE outing, he’ll be right back out front knocking on that championship door as well.

Where other divisions have numerous names in contention, there is a clear-cut choice for the bantamweight division and Bibiano Fernandes.

John “Hands Of Stone” Lineker has earned his shot. The bruising Brazilian dispatched his top competition in Kevin Belingon and followed up the performance with a knockout of Troy Worthen in primetime on TNT. Lineker is the choice, and a meeting with Fernandes is a dream match for mixed martial arts fans.

Keep it locked for Next Contenders for ONE World Champions – Part 2.