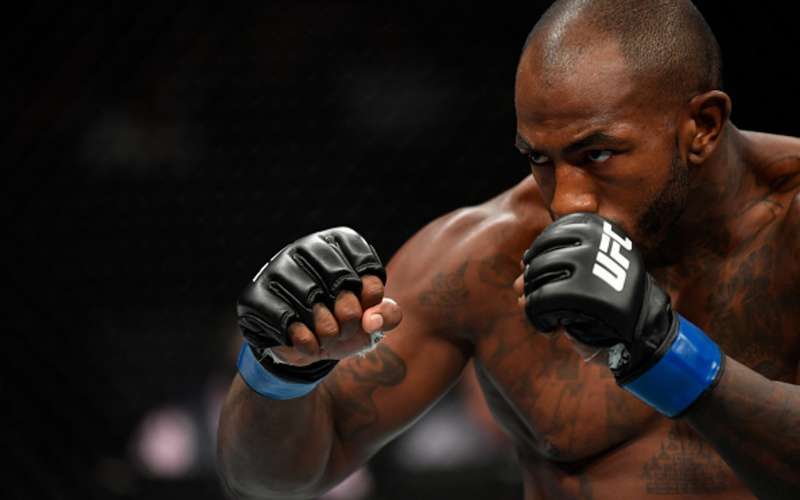 UFC Vegas 36 is headlined by a middleweight showdown between Derek Brunson (22-7) and Darren Till (18-3-1). Both men will be looking for a win to throw them into title contention in the division ruled by Israel Adesanya. Here are some UFC Vegas 36 betting tips to help you win big this weekend.

Khalil Rountree Jr (9-5-1NC) faces Modestas Bukauskas (11-4) in a light-heavyweight thriller. Both men are exciting strikers who have endured mixed fortunes throughout their UFC tenure and will be seeking to establish themselves in the promotion with a win this Saturday.

Rountree Jr comes into this contest having lost three of his last four bouts. However, his sole victory was a masterclass vs. Eryk Anders. His win over Anders has also aged well considering “Ya Boi’s” impressive form since their bout. Rountree Jr possesses very impressive Muay Thai fundamentals for a man of his size and will pose a threat to every layer of Bukauskas’s body. If Rountree is able to disrupt his opponents striking rhythm with heavy leg kicks in order to create openings to the head, he should be able to put in another stylish performance and drag himself out of his losing streak.

Bukauskas is currently riding a two-fight losing streak himself and will be aware of the significance of this bout. However, he has had issues controlling the pace of a bout and against Rountree Jr, this will likely cost him. Rountree Jr is at his worst when he is being pressured heavily, and given the space and time to pick his opponent apart he is usually successful. Despite Bukauskas having the power to equalise any matchup, he will have to show significant improvements to get his hand raised in his fourth UFC appearance.

It’s easy to forget that Rountree Jr has some great wins inside of the octagon, including a knockout victory over the kickboxing maestro Gokhan Saki. Rountree Jr has faced a higher calibre of opposition throughout his UFC career and carries excellent value as the betting underdog in this contest.

Charles Jourdain (11-3-1) will take on Julian Erosa (25-10) on the preliminary card of the afternoon. The bout shall take place at a catchweight of 150lbs due to Erosa stepping in at short notice.

Jourdain is an incredibly entertaining fighter who is coming off a career-best performance against Marcelo Rojo. Apart from his technical and creative striking, Jourdain is also well versed in takedown defence with a very aggressive sprawl. This combined with his very solid gas tank will make him a problem for anyone in the division. However, Jourdain often takes a few minutes to pick up steam and Erosa should aim to pile the pressure on early.

The stylistic matchup seems an unfortunate one for Erosa. Erosa never backs down from a scrap and will certainly be caught by Jourdain multiple times due to his risk heavy style. However, there are certainly questions over whether his chin will be able to handle Jourdain’s power, particularly considering the fact that he now has five losses by way of knockout. Erosa will be best served to attempt to utilise his grappling advantage, but given Jourdain’s cardio and defensive wrestling he shall find it difficult to do so.

Jourdain showed both toughness and talent when he beat Rojo in a barnburner this March and if this contest is going to be a war he will be confident that he will get his hand raised. Therefore, Jourdain is the second inclusion of these UFC Vegas 36 betting tips.

Thanks for reading these UFC Vegas 36 betting tips! Stay tuned right here at MMA Sucka for more live streams as well as videos highlighting the top fighters, commentators, coaches, promoters, and other names in MMA and combat sports. We also bring you great offers on the latest MMA products and merchandise. You can also subscribe to our YouTube channel for regular updates and all the latest fight news. You can also check out our sister site, at TheFightBuzz.com for the latest from the world of MMA and other combat sports.
Featured Image
Embed from Getty Images
Comment on this article
Give us feedback