GLORY 78 will see an old legend look to make his comeback, plus three GLORY title fights will be contested live from Rotterdam, Netherlands this September 4. At GLORY 78, can the legendary Badr Hari return to form against the towering Arkadiusz Wrzosek. Also, Artem Vakhitov will look to recapture the light heavyweight title and take revenge against the surging Alex Pereira.

Live from the Netherlands, GLORY 78 will also continue their Superfight Series with Donovan Wisse facing off with Yousri Belgaroui for the vacant GLORY Middleweight title. Additionally, on the Superfight Series, a lightweight champion will be crowned when Tyjani Beztati fights Elvis Gashi.

Headlining GLORY 78 will be the “Badboy” of heavyweight kickboxing as Moroccan-born Badr Hari is looking to make his return. While Hari is only 36 years old his fight age is much greater than that as he is experienced over 106 wins, 92 of these were by (T)KO, with merely 15 career losses.

In more recent years Hari has suffered going 0-3 1 NC in his last four bouts going back to 2016. He fought Verhoeven for the GLORY heavyweight championship in 2019, in front of 36,000 fans in attendance; he landed well and even scored two knockdowns as well. This fight he lost due to a TKO Leg Injury when he was unable to continue in the third round. After that, in 2020 Hari suffered a KO loss to Romanian fighter Benjamin Adegbuyi (35-6).

Coming into GLORY 78 Hari will be hungry to get back in the winning column and will be aiming for another heavyweight title shot. But Hari will have his hands full against the towering Polish-born kickboxer Arkadiusz Wrzosek (12-5).

Wrzosek stands at 201 cm with many titles to his name. Professionally he has won the International Polish ISKA Championship, and as an amateur, he has won the Polish Sanda Cup, European Champion Muay Thai IFMA, World Champion K-1 Global, Polish Kickboxing Cup among other titles.

The Polish striker Wrzosek has a massive opportunity to make a name for himself in the kickboxing world. Headlining against an all-time great in Hari represents a lifetime of hard work. He is currently surging by winning his last two fights via TKO, and at GLORY 78 he will be looking to make it a third.

Alex Pereira created an era of kickboxing around himself since winning the GLORY middleweight title in 2017. He had defended his middleweight title in five bouts. He then went up in weight class and captured an interim light heavyweight title via KO. At GLORY 77 earlier in 2021 Pereira (32-6) and the reigning light heavyweight champion Artem Vakhitov fought to unify their titles. It was a close fight with Pereira taking a split decision. Now at GLORY 78, we get their rematch.

Russian kickboxer Vakhitov (21-6) followed a similar path to greatness. He won his GLORY light heavyweight title in 2016 and successfully defended this title in five bouts. After losing to Pereira earlier this year, he will get his chance for revenge and to earn his title back.

Officially, the Brazilian-born Pereira will be defending his light heavyweight title against Vakhitov.

With Pereira becoming the light heavyweight champion he had vacated his middleweight title. The vacant GLORY middleweight title will be on the line with the #1 ranked kickboxer versus the #2 in Donovan Wisse vs Yousri Belgaroui at GLORY 78.

Donovan Wisse (15-1), of Suriname, is riding on a four-fight win streak in GLORY. At merely age 24 he will be looking to add a title and make name for himself with a win at GLORY 78.

Standing in his way will be the Tunisian striker Yousri Belgaroui (27-6). Belgaroui has been a contender for many years now having competed for the GLORY middleweight title twice already. Will GLORY 78 bring him his first gold?

The young Moroccan, at just age 23, has been hungry for GLORY gold. Tyjani Beztati (19-4) has already fought for the GLORY lightweight title twice in his short career. Fresh off his TKO victory in 2020 he will be looking to continue his winning ways and capture the vacant lightweight title at GLORY 78.

Elvis Gashi (23-1), of the United States, will have other plans. In 2019 Gashi suffered his only professional loss when he attempted to win the lightweight title. Now, in 2021, he will be hungry to prove himself and win the coveted kickboxing world title against Beztati.

Three title fights, plus one heavyweight headliner rounds out the GLORY 78 event. The men fighting in the four main fights constitute a consortium of international kickboxing with Poland, Morocco, the USA, Russia, Brazil, Suriname, and Tunisia represented on this kickboxing card.

GLORY 78 will answer many questions regarding vacant and disputed championship titles. The kickboxing event will broadcast live Saturday, Sep 04 2021 from Rotterdam Ahoy. Rotterdam. It will not be broadcast on television but will be exclusively available on the GLORY website. 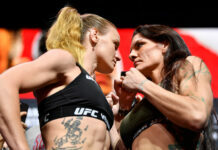