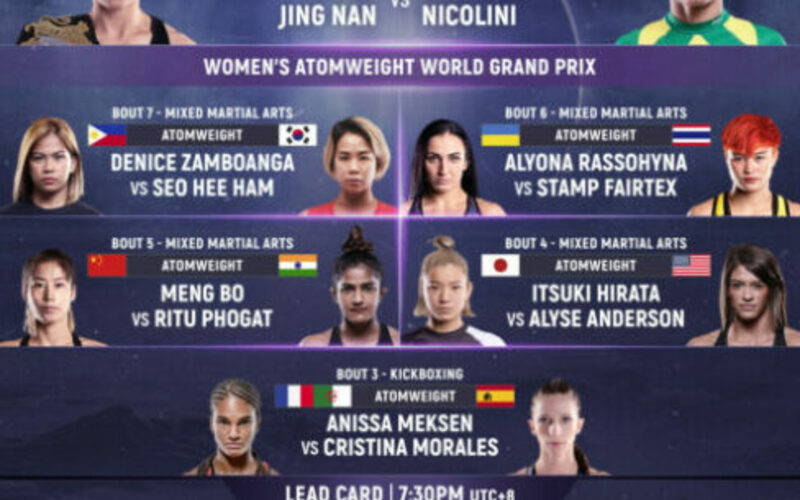 The ONE Championship atomweight grand prix kicks off with a bang on Friday, September 3rd, with an all-female card. MMA Sucka brings you live ONE: Empower results throughout the event, hosted at the Singapore Indoor Stadium.

Eight athletes from eight countries meet in Singapore in the first round of an atomweight grand prix, with a shot at champion Angela Lee on the line. Ham Seo Hee, Denice Zamboanga, Stamp Fairtex, Alyona Rassohnya, Meng Bo, Ritu Phogat, Itsuki Hirata, and Alyse Anderson all vie for a spot in the semi-finals set to be held later this year.

In the main event, strawweight queen Xiong Jingnan collides with BJJ world champion Michele Nicolini for a fifth title defense of the belt. As a reminder, atomweight in ONE Championship is 115lbs, while strawweight is 125lbs.

Follow along with MMA Sucka as we bring ONE: Empower results in real-time.