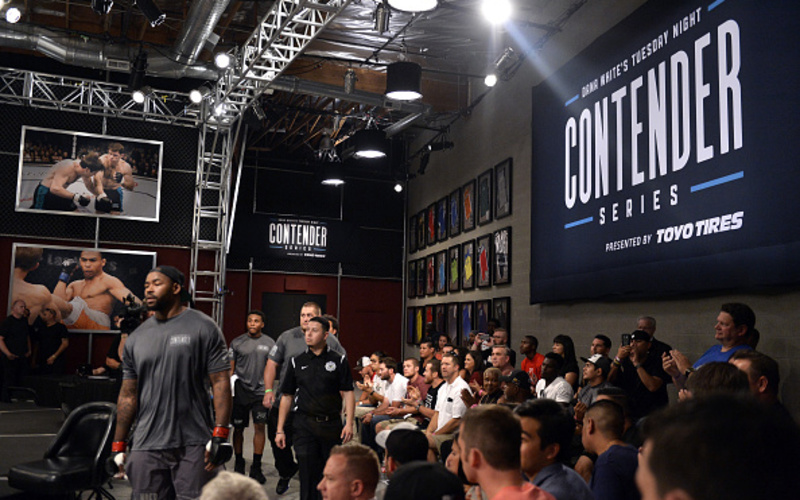 MMASucka staff picks are in for a high stakes night of combat. Dana White’s Contender Series 38 is set to go down tonight, September 7th from the UFC Apex in Las Vegas, Nevada. This fight card will mark the second event of ten straight Tuesdays featuring top-ranked competition looking to make their case for a potential UFC contract. The card will kick off live at 8:00pm ET (5:00pm PT) for subscribers to ESPN+.

Take a look back at our picks from Saturday’s UFC Vegas 36 fight card in Las Vegas.

In the featured main event of the night, welterweight finishers Josh Quinlan and Logan Urban are set to meet for a possible 15 minutes of battle. The two American talents, both sitting under 30 years old, hope to further impress as they have shown through their combined ten victories and 100% finishing rate.

Vegas’s own Quinlan made work throughout his amateur and early professional scene before signing to LFA last year. Three straight thrilling finishes led to this opportunity tonight, as he targets a fourth win in under 365 days. Quinlan’s opponent, Urban, comes in as the underdog while stepping in on short notice to replace Darian Weeks. The Ohio native has won four in-a-row, his most recent less than two months ago over Antoine Blassingame by submission.

Competing in the co-main event will see Mario Sousa and Chidi Njokuani square off in the middleweight division. Brazil’s Sousa gets a second attempt for a promotional contract under the Contender Series banner, despite having defeated Mariusz Ksiazkiewicz in Week Nine last year. Former RFA champion and eight-fight Bellator veteran Njokuani hopes to utilize his doubled experience for a second straight victory and first UFC contract.

See all of the Dana White’s Contender Series 38 fights counted further below.

Find out who the MMASucka staff is picking at Dana White’s Contender Series 38 below.