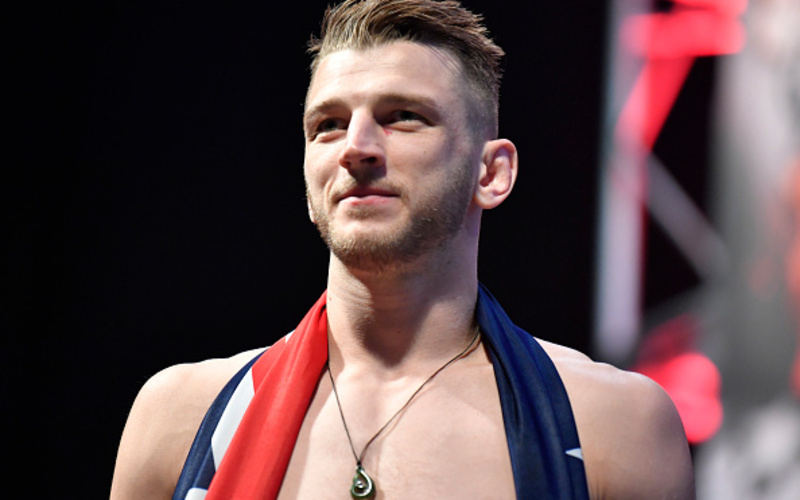 UFC 266 is one of the most hotly anticipated events of the year and includes the triumphant return of UFC legend Nick Diaz. The card is stacked to the gills and is headlined by a featherweight title bout between Alexander Volkanovski and Brian Ortega. Here are some UFC 266 betting tips to help you win back this weekend.

Alexander Volkanovski to win by decision (+135)

Alexander Volkanovski (22-1) makes the second defence of his featherweight crown against Brian Ortega (15-1). The bout was delayed due to Volkanovski testing positive for COVID-19 but he has hopefully made a full recovery before this contest.

Brian Ortega’s loss to Max Holloway was one of the most one-sided title fights in recent history. However, the jiu-jitsu expert put in a career-best performance when he dominated Chan Sung Jung in late 2020. Ortega is a fearsome finisher, with six of his seven UFC victories coming inside the distance. “T-City” will be best served to utilise his significant height advantage by using kicks to keep Volkanovski out of boxing range. Due to his prowess on the matt, it is unlikely that Volkanovski will be able keen on landing takedowns in this bout.

Alexander Volkanovksi will be more than aware of Ortega’s submission ability and knockout power. “The Great” proved himself to be one of the most technical strikers in the UFC with two decision victories over Max Holloway. Volkanovski has the ring IQ to outbox Ortega and remain patient in order to avoid making any mistakes against such a dangerous finisher. Volkanovski is the stronger wrestler than Ortega and because of that, this bout will likely take place largely on the feet. Given his previous octagon performances, Volkanovski is the more technical striker and should have the advantage in this realm.

Volkanovski by decision is the smart pick to achieve more favourable odds for this main event. Ortega has only been finished once in his career and that was by doctors stoppage after an unholy beatdown. Volkanovski should be able to navigate Ortega’s tools and box his way to a decision victory, making a Vokanovski decision the first inclusion of these UFC 266 betting tips.

In the latest MMASucka podcast, we broke down the main event in more detail. You can find the full episode below.

After numerous visa issues for both men, it finally looks like Dan Hooker (20-10) and Nasrat Haqparast (13-3) will face off this Saturday night. Hooker comes into the contest after two straight losses whilst Haqparast is riding a two-fight win streak.

Nasrat Haqparast is a rising prospect in the lightweight division. He has demonstrated good striking in all of his bouts and will almost certainly avoid the matt against “The Hangman”. Haqparast will likely carry a speed advantage coming into this contest and will be hoping that Hooker’s durability will have been compromised after the number of strikes he has absorbed in his recent career. Given the fact that Michael Chandler KO’d the New Zealand native with the first solid shot that he landed there will be significant hope in Haqparast’s corner.

Hooker will be looking to break Haqparast’s spirit in order to be victorious on the UFC 266 preliminary card. Hooker has gone toe to toe with some of the best strikers in the division, including Dustin Poirier. But, given the glaring issues in his defensive boxing, he will be heavily reliant on his historically iron jaw to have his hand raised. If Hooker’s chin holds up he will hope to be able to drag Haqparast into deep waters and find a finish.

Hooker should also have an advantage in the grappling department, so he simply carries more paths to victory than his opponent. This in combination with the calibre of Hooker’s wins makes him a smart choice for any punters that believe that his durability has not been decimated by his recent wars. Therefore, Hooker is the second inclusion of these UFC 266 being tips.

Thanks for reading these UFC 266 betting tips! Stay tuned right here at MMA Sucka for more live streams as well as videos highlighting the top fighters, commentators, coaches, promoters, and other names in MMA and combat sports. We also bring you great offers on the latest MMA products and merchandise. You can also subscribe to our YouTube channel for regular updates and all the latest fight news. You can also check out our sister site, at TheFightBuzz.com for the latest from the world of MMA and other combat sports.
Featured Image