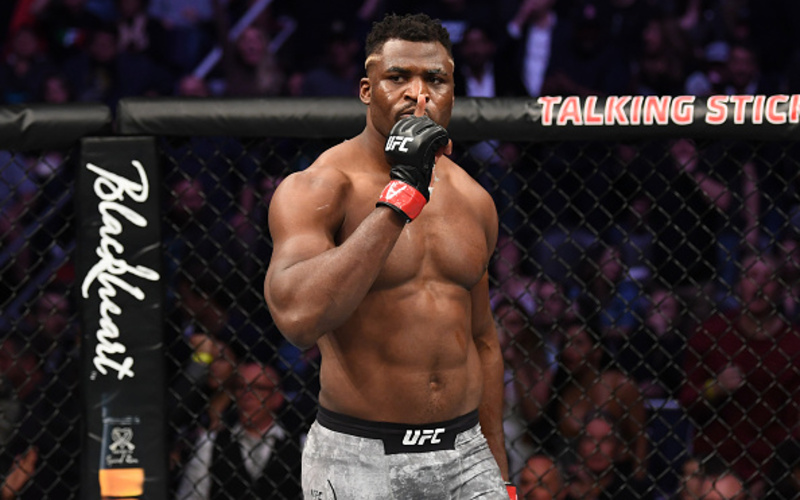 Per French source La Sueur, the UFC is planning for Francis Ngannou to defend his heavyweight title against Cyril Gane at UFC 270 in January 2022. Furthermore, a rematch between Israel Adesanya and Robert Whittaker is also being targeted for the card.

The heavyweight title shall finally be unified on January 22nd 2022. Francis Ngannou dethroned long-time champion Stipe Miocic at UFC 260 whilst Cyril Gane beat perennial contender Derrick Lewis at UFC 265 for the interim belt. There are plenty of entertaining storylines surrounding this bout as Ngannou and Gane are former sparring partners and two of the most famous fighters to come out of Paris.

Cyril Gane boasts a perfect record of 10-0, but Francis Ngannou will be confident that “Bon Gamin’s” 0 will go. Ngannou’s record stands at 16-3 with every single victory coming within the distance. Both men are phenomenal strikers who possess fearsome power, meaning the battle to be the baddest man on the planet guarantees fireworks.

Israel Adesanya vs. Robert Whittaker will be equally as entertaining due to the long-standing rivalry between the Kiwi and Aussie. Adesanya dominated Whittaker at UFC 243 to score a second-round KO victory over the then champion. Since then, Whittaker has won three in a row and has solidified himself as the undeniable top contender in the middleweight division. After a failed attempt to claim the light-heavyweight crown, Adesanya has returned to the middleweight division with a classy victory over Marvin Vettori.

Adesanya’s MMA record is 21-1, but “The Last Stylebender” is undefeated at middleweight. On the other hand, Whittaker’s record is a similarly impressive 23-5, with his sole loss in his last 13 fights coming at the hands of Adesanya. “The Reaper” will be eager to avenge this loss and should come into this contest with a more patient and mature approach.

Thanks for reading this UFC 270 fight announcement! Stay tuned right here at MMA Sucka for more live streams as well as videos highlighting the top fighters, commentators, coaches, promoters, and other names in MMA and combat sports. We also bring you great offers on the latest MMA products and merchandise. You can also subscribe to our YouTube channel for regular updates and all the latest fight news. You can also check out our sister site, at TheFightBuzz.com for the latest from the world of MMA and other combat sports.
Comment on this article
Give us feedback