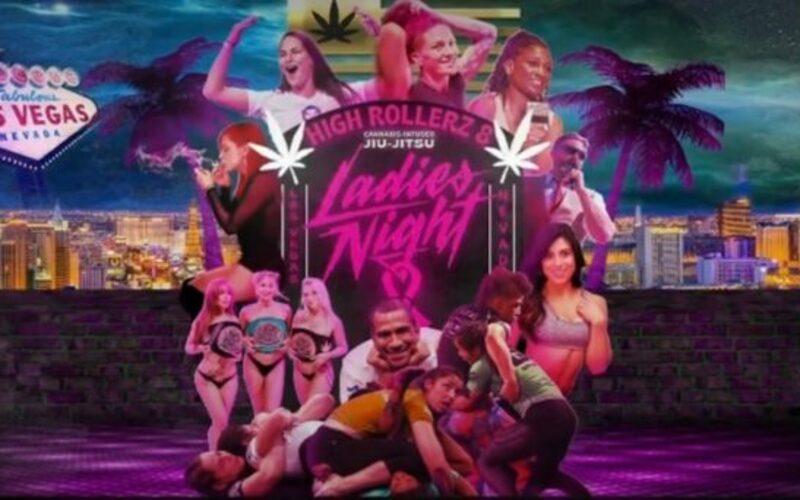 The partnership between High Rollerz and the Jilly Bean Foundation in support of Breast Cancer Awareness marks a historic night in HRBJJ history as the first night dedicated to an all-female tournament—in memory of UFC Makeup Artist, Suzy Friton. 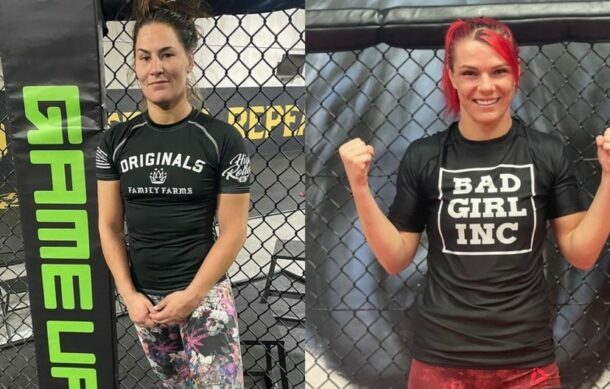 In the main event, Jessica ‘Evil’ Eye is representing Originals San Diego and makes her return to action after her relentless performance at UFC 264 in July. This will not only be Eye’s first time headlining this cannabis-infused jiu-jitsu event but also her first time competing as a partial shareholder and investor of High Rollerz.

Eye faces UFC Flyweight Gillian Robertson (9-6), a black belt under the tutelage of Din Thomas at American Top Team. She is staying active ahead of her December return to the Octagon against Priscila Cachoeira. She had recently competed in Eddie Bravo’s all-female Medusa tournament with Combat Jiu-Jitsu rules.

Brown belt Teara Lewis returns after upsetting Talita Alencar at High Rollerz 4 and taking home the Expert HRBJJ belt. Lewis represents team Clinch Martial Arts in Oklahoma. She faces the decorated Tara White, who recently competed and qualified for the USA World Team Trials at the Submission Only Series. White was promoted to blackbelt in 2019 under Carlson Gracie Jr. She won silver in the Abu Dhabi Grand Slam Jiu-Jitsu World Tour and won gold in both No-Gi and Gi at the Phoenix International Championship in 2017. 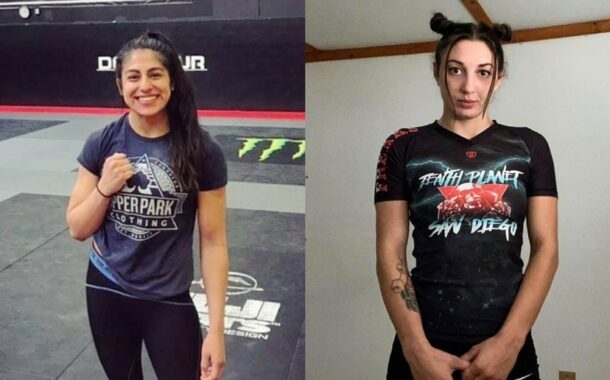 The undefeated and undisputed HRBJJ champion, Valerie Wong, of Syndicate MMA returns to the headquarters after her submission victory over UFC flyweight Gina Mazany at High Rollerz 6. Wong graduated to brown belt after winning gold at 2021 IBJJF National No-Gi Championship—with her also gold-winning fiancé by her side. As a former Invicta FC fighter, Wong also takes her skills into the MMA cage, but her recent accolades all come from her ground game—including her Combat Sports Coverage win in August. She will defend her HRBJJ belt against the sensational 10th Planet Freak, Juliana ‘Killer ‘Miller—who is coming off of one of the biggest wins in her BJJ career at the Medusa Jiu-Jitsu tournament, defeating World Champion Bia Mesquita in overtime. Miller’s heart showed as she didn’t tap to what looked like a tight arm-bar attempt from Mesquita and made it to the semi-finals before being submitted by Atos’ Nikki Sullivan.

While there is no belt on the line for the opening five matches, the night will be filled with quick-paced and competitive matchups with recognizable names in the MMA and Jiu-Jitsu community. Gina Mazany makes her return to the HRBJJ stage representing Dr. Dabber. This former Las Vegas local will put her newly acquired skills from Glory MMA to test when she competes against a member of her former gym—Majo Favella of XCMMA. Maria “Majo” Favella represents Mexico under the Invicta FC banner took home gold at HR4.

There to support her fellow XCMMA teammate is Maíra Mazar—a professional MMA fighter for ONE Championship. Mazar (7-4 MMA) recently placed second in the 2021 No-Gi IBJJF Championship. She is matched up with Syndicate MMA’s Kelly Ziemba—a purple belt under the Shapiro brothers.

This Big & Mighty Production will be streamed by Bare Knuckle TV for the second time this year—with MMA’s finest Renato Laranja calling the action and the spunky Angela ‘Overkill’ Hill providing commentary.