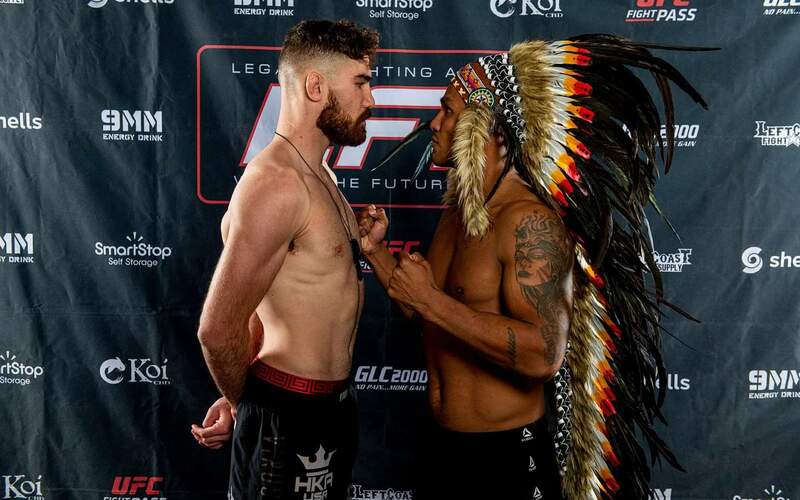 Live from the Dobson Arena in the ski resort town of Vail, Colorado, LFA 116 goes down tonight on UFC Fight Pass. MMASucka brings you live LFA 116 results in real time.

LFA 116’s main event features middleweights Josh Fremd and Renato Valente battling in a three-round main event. Fremd (7-2) recently dropped a title bout to Gregory Rodrigues in an LFA 185lbs title bout at LFA 108 after competing in a four-man tournament. Now that Rodrigues has vacated the belt for the UFC, the seat at the top remains vacant. The knockout artist from Pennsylvania will fight Brazil’s Renato Valente (8-4), who trains out of Blackhouse Gym in California. Valente is a BJJ brown belt and is coming off a split decision win over Chibwikem Oynenegecha at LFA 110.

Dan Argueta def. Rodney Mondala via submission (armbar) at 3:32 of round 1

Marnic Mann def. Pauline Macias via submission (triangle choke) at 3:57 of round 3

Haris Talundzic def. Brock Smith via submission (rear naked choke) at 1:57 of round 2

Josiah Reyes def. Llorrvic Acevedo at 4:45 of round 1

Jena Bishop def. Helen Lucero via submission (rear naked choke) at 3:38 of round 1

Kelsey Arneson def. Brittany Camozzi via TKO at 3:32 of round 3

Amateur: Jota Ninomiya def. Jovan Gasper via submission (guillotine choke) at :45 of round 1

Amateur: Isaiah Diggs def. Gabe Parrot via TKO at 1:22 of round 1

Amateur: Luis Gurule def. DeMarcus Patterson via TKO at 1:45 of round 1

Amateur: David Evenson def. Bryant Ireland via KO at :09 of round 1