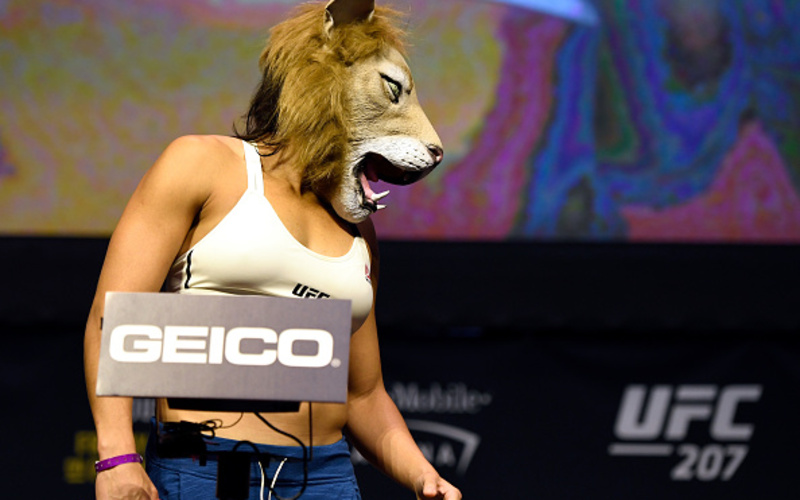 Women’s featherweight is no longer a UFC problem, but an MMA problem.

This year, Bellator has slowly been letting their 145lb women go. Julia Budd, Olga Rubin, Amanda Bell, and Jessy Miele have all been released this year. At the time of this writing, only twelve featherweights are on the roster, barely enough to hold rankings. The silent diminishing of women’s featherweight in Bellator again begs the question- what’s the plan here?

The heavier women’s weight classes- 135lbs to 155lbs are stretched far too thin. While not suffering from a lack of ability, there’s just not enough fighters for every major promotion to have a healthy division with contender regularly moving from the bottom to the top to create competitive title fights.

Women’s featherweight divisions have always followed eminent stars at the top of the heap. The first major promotion to hold 145lb fights for women was EliteXC, built around Cris Cyborg and Gina Carano. When EliteXC folded, the fighters mostly migrated to Strikeforce. When Strikeforce merged into the UFC in 2011, Invicta FC became the new home for featherweights like Cyborg.

Since Bellator started promoting 145lbs fights in 2014, they have become the primary destination for women of the weight class. The UFC technically opened the division in 2017, but it could hardly be called a division. 2019 saw the PFL start a has a 155lbs division, which turned out to be a hodge-podge of natural 135, 145, and 155ers built around Kayla Harrison. Along with Invicta FC, four divisions now want a piece of the pie, but there isn’t enough to go around.

This week’s PFL event will be a big tell for the future of these weight classes, with Kayla Harrison and Clarissa Shields in action. Cyborg will defend her 145lbs title in November, while Amanda Nunes defends her 135lbs title in December. Fights like these are a perfect foray into online sports betting, with massive payouts guaranteed if the underdog challengers pull off an upset. But with Nunes and Cyborg likely in the latter stages of their careers, all eyes will be on Kayla Harrison’s free agency next year.

The first problem with featherweight divisions running as they are now is the dominance of the respective queens of each promotion’s divisions. Amanda Nunes (UFC), Cris Cyborg (Bellator), and Kayla Harrison (PFL) cast such a large shadow over their stubby divisions that their fights are largely squash matches, and underdeveloped talent gets thrown their way in order to keep the champ busy (see Nunes vs. Megan Anderson).

Another issue is that new talent flows in at a glacial pace. Tapology.com currently has 239 female featherweights listed worldwide in their database, which is brutal considering many of those are inactive or retired. The UFC signs featherweights at the rate of about one a year- and they haven’t signed any in 2021. Half of their fights at 145lbs feature women who also fight at 135lbs, such as the recent Aspen Ladd vs. Norma Dumont main event, which segues to the final problem.

The existence of heavier women’s weight divisions not only have their own struggles, but it actively hurts the divisions like bantamweight. While bantamweight already isn’t miles deep by any means, the occasional forays of bantamweights to featherweights thin it out even more. Holly Holm, Aspen Ladd, Norma Dumont, and Germaine de Randamie have all fought at both weight classes in the UFC, creating less opportunity for other bantamweights to get ranked opponents.

When it comes to fixing women’s featherweight, promotions have to play the long game. Somewhere out there, someday, a captivating women’s 145lbs division exists, ready to give MMA fans knockouts and thrilling wars. Here are a few broad solutions to create that division:

Double efforts to develop new talent. Despite the reluctance of the larger promotions to sign new featherweights, that doesn’t mean there aren’t promising young athletes that could become the new face of the division. Chelsea Chandler, Ailin Perez, and Anna Remneva are just a few young, bright 145ers with under five fights. The UFC could hand out developmental deals to a dozen fighters and give them access to the UFC Performance Institute to speed their progress.

Create a women’s heavyweight division. Instead of spreading the talent pool thin between bantamweight and lightweight, and extended weight class to lump them into one division could be an exciting experiment. The range could be from 136-156lbs or 145-165lbs. If the division eventually becomes too bloated, then the time is right to split it up back into 145lbs and 155lbs.

Fold some divisions. With the talent spread so thin between the major promotions, it’s hard for any of them to consistently fight in competitive, meaningful matches. Because of that, if even one major promotion decided to simply take a break from promoting featherweight fights, it would allow their athletes to go elsewhere and get more fights with similarly-skilled featherweights. Of course, few promotions are likely want to be the one to let their division go for the greater good of MMA unless there’s a business incentive.

One thing’s for sure, is the current top-heavy practices aren’t sustainable, nor do they produce the must-see title fights between evenly-matched rivals. The next year will be crucial in determining what the next five look like at women’s featherweight, as its reigning champions make choices to shift employers or leave the sport altogether.